"I want to thank Romania for everything it has given me so far. I hope this trophy is the beginning of a new generation of champions. I don't want to leave this scene, it's too beautiful. Thank you and my heart is with you" - a very emotional Simona Halep.

Reflecting on winning the fan-based poll, the 27-year-old tweeted: "Ahhh thank you so much guys. I love you too."

The Romanian, who retained her year-end spot at the top of the WTA rankings, also reached a third career major final at the Australian Open before winning her maiden Grand Slam title at Roland Garros. She also picked up trophies at the Rogers Cup and the Shenzhen Open. 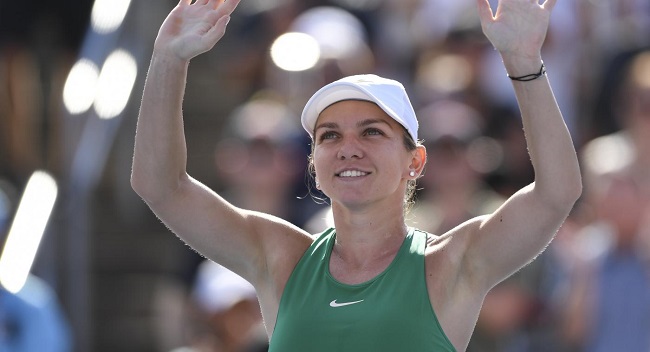 "They are coming everywhere I play, so that is amazing. There are many, many people in the crowd, so it's just amazing. It is really nice to hear your name between the points. It is nice to have people supporting you everywhere," WTA quoted Halep, who was indebted to her vocal and loyal supporters in 2015, as saying.

Apart from Halep, only four women have been named Fan Favourite in the ten-year history of the award.

Russians Maria Sharapova and Elena Dementieva each claimed the prize once before recently-retired Agnieszka Radwanska of Poland reeled off six straight crowns from 2011 to 2016. (ANI)

Maria Sharapova pulls out of Indian Wells due to shoulder injury