Akhilesh Yadav kickstarted the election campaign with a 'Vijay Rath' yatra from Kanpur on Tuesday. The party workers welcomed him with great enthusiasm. Full story

"Alliances are made as per the situation. We did not have a great experience when formed alliances with big parties. Now, our party will try to bring small parties in the alliance to defeat BJP," Yadav told reporters in Hamirpur. 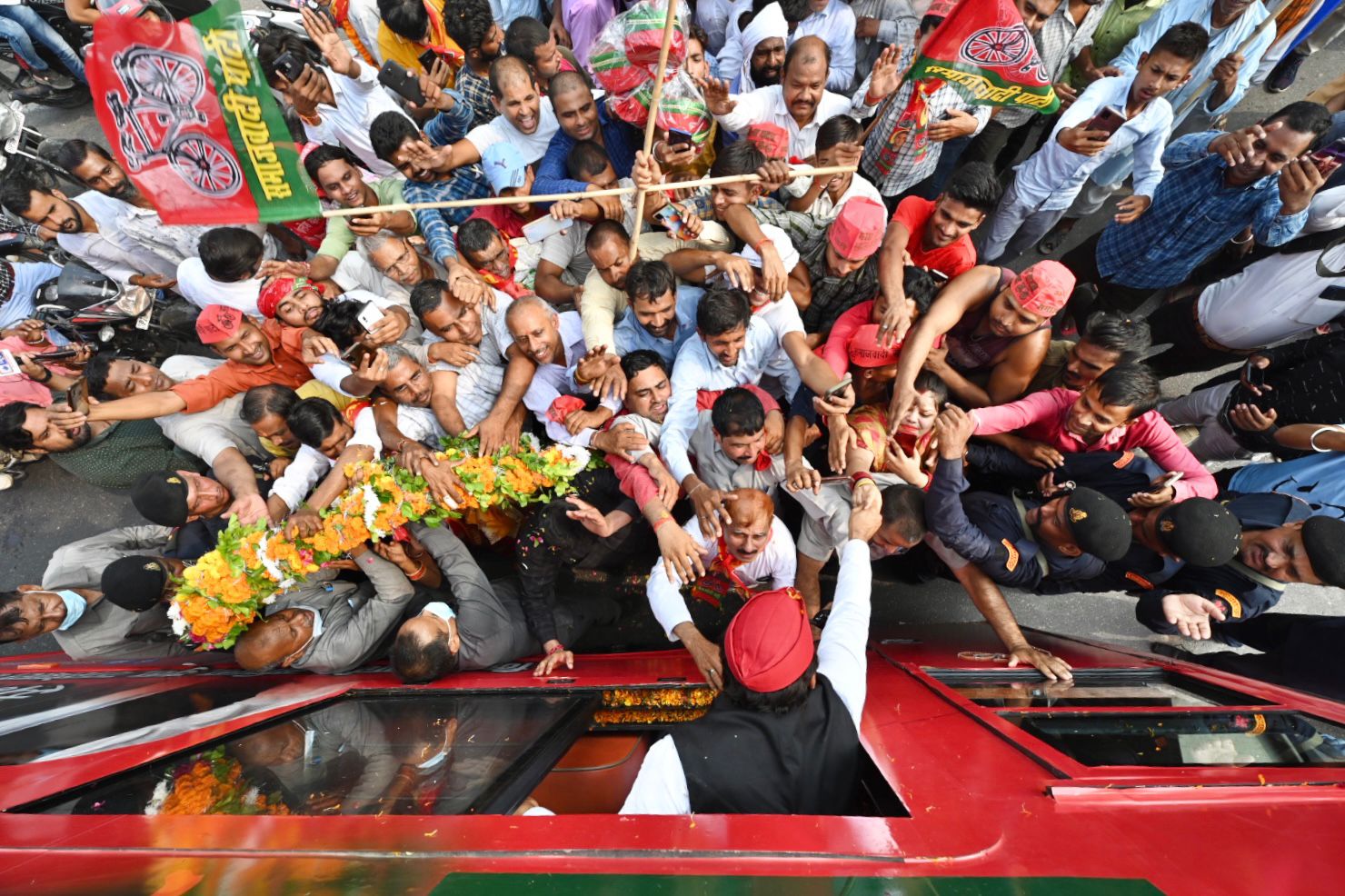 Akhilesh Yadav kickstarted the election campaign with a 'Vijay Rath' yatra from Kanpur on Tuesday. The party workers welcomed him with great enthusiasm. During the yatra, Yadav paid tributes to Ram Manohar Lohia on his death anniversary. 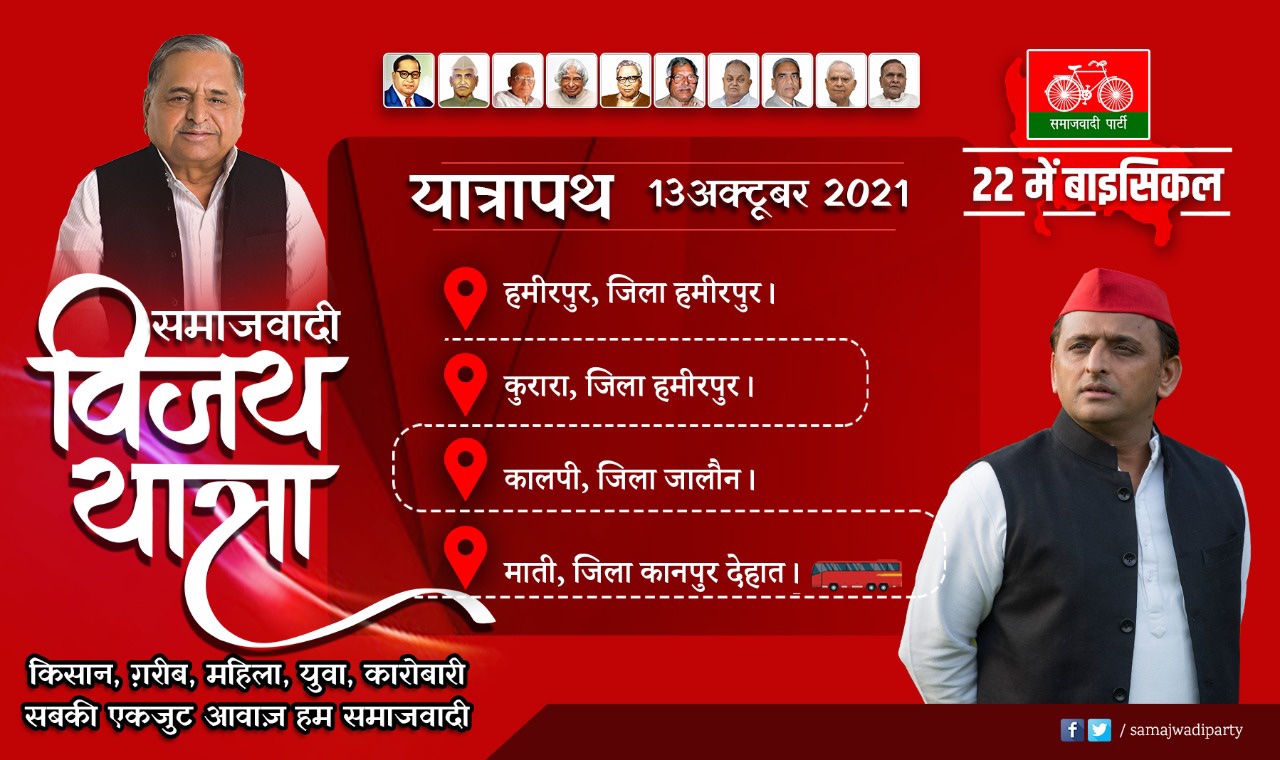 Meanwhile, Bahujan Samaj Party (BSP) chief Mayawati also started his election for the upcoming 2022 UP Assembly election on Tuesday on the death anniversary of Kanshi Ram. 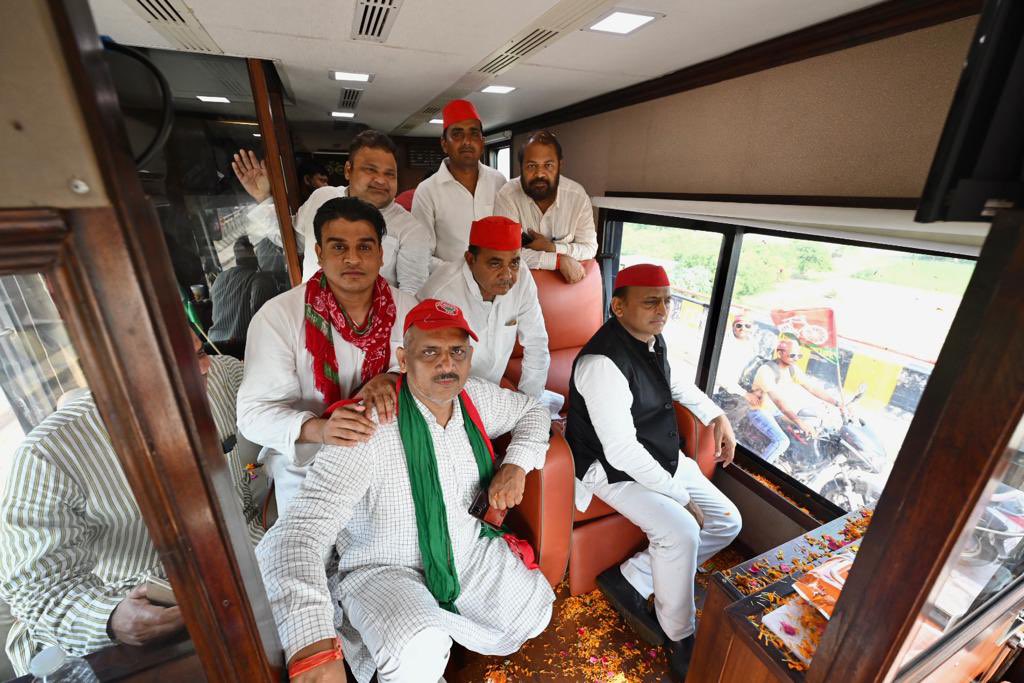