Speaking at a joint press conference, while Swaraj emphasised that Pakistan needs to act against the terrorist organisations operating within the country, Tillerson said that they were putting in place a mechanism to deny these outfits the ability to launch attacks against other countries.

Tillerson said, "In my discussions in Islamabad, we were frank to conclude that there are too many terrorist outfits that find safe havens in Pakistan. We are putting in place a mechanism to deny these outfits the ability to launch attacks against other countries."

"India and the United States are natural allies. The two nations stand shoulder-to-shoulder against terrorism," he added.

Sushma Swaraj categorically said, "U.S. President Donald Trump's policy on terrorism can only succeed when Pakistan takes an action against the terror groups." 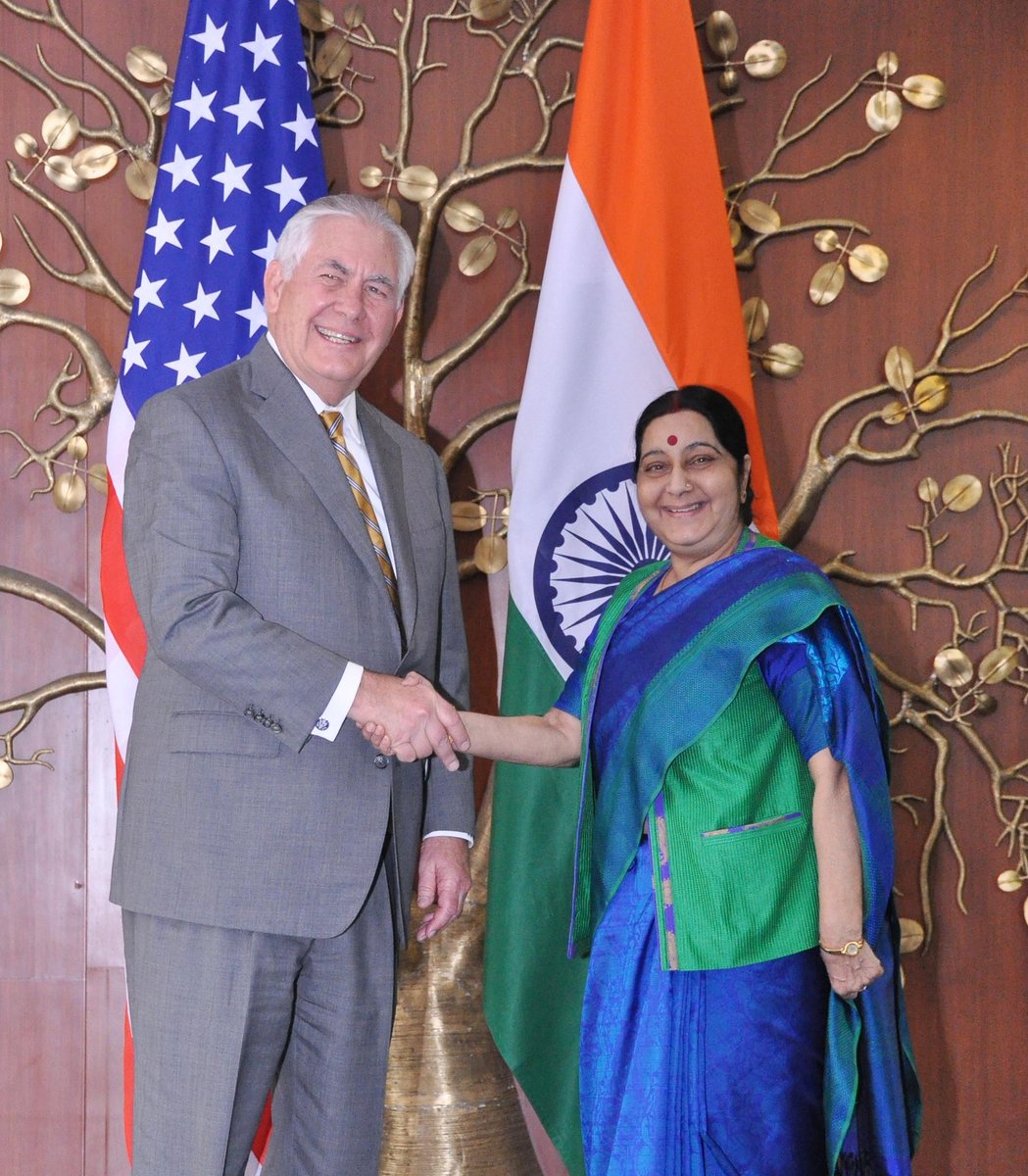 The U.S. Secretary of State, who is on a two-day visit to India, yesterday made his inaugural trip to Pakistan, where he reiterated Trump's message that Islamabad must increase its efforts to eradicate the militants and terrorists operating within the country.

"We want to work with Pakistan in a positive way as we think this is in their interest in the longer term," Tillerson said.

Tillerson arrived in India last evening for his two-day visit to India.

He is expected to meet Prime Minister Narendra Modi at his residence.

The U.S. Secretary of State's visit to India is a part of his five-nation tour that includes Pakistan, Saudi Arabia, Qatar, and Switzerland alongside.

Yesterday, the U.S. Secretary of State paid an unannounced visit to Baghdad, just hours after returning from a similar surprise visit to Afghanistan.

During his visit, he met Prime Minister Haider al-Abadi, who accused the former of interfering in Iraqi affairs. (ANI)

US: Sushma Swaraj to hold more than 30 bilateral meets

Sushma Swaraj: No official communication from Pak over Kartarpur Sahib