Satisfied with our work: Yogi on completing 100 days in UP


Lucknow: Uttar Pradesh Chief Minister Yogi Adityanath on Tuesday said he was satisfied with the work done by his Bharatiya Janata Party (BJP) Government in the first 100 days.

Addressing a press briefing, he ensured that his government would continue to work for all the sections of the society without discrimination.

"We are satisfied with the work we have done in the first 100 days of our government, but 100 days is little for change or development in any state. We want to assure people that the government has started initiatives to take Uttar Pradesh forward on path of development," Adityanath said. 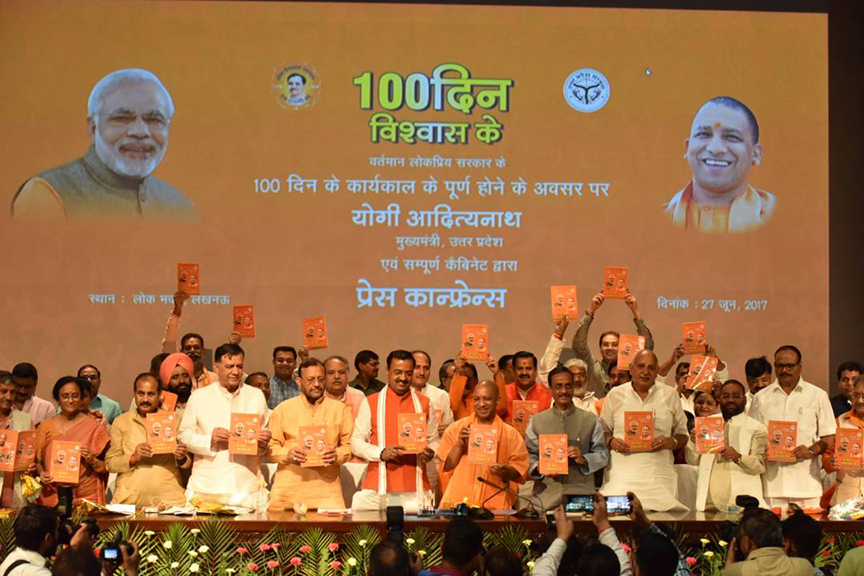 He said Uttar Pradesh was embroiled in nepotism and castism, and the onset of his government changed the dynamics of the state.

Adityanath praised his government's initiative to induct anti-Romeo squads for women security and waiving off farmers loans as the one of the significant achievements of his 100-day government.

He said around 86 lakh farmers have benefitted with the farm loan waiver.

"Waving off farmer loans did not affect the developmental works in the state. Loans worth Rs. 22,000 crore were waived for sugarcane farmers. It's our aim to protect farmers, we're buying five times more wheat from them," he said. 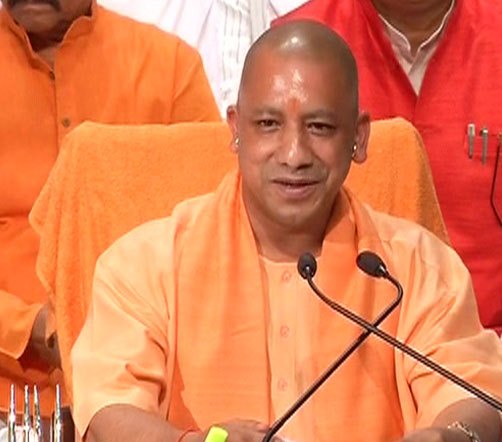 Pledging to achieve Open defecation free status, the Uttar Pradesh Chief Minister said that every household in the state would have toilets by 2018.

Adityanath further said that his government has asked the Centre for a 24-hour power supply for all villages in the state.

The 44-year-old Chief Minister had taken oath with two deputies and 44 other ministers on March 19 after the BJP won a huge mandate in the state assembly elections.

Lucknow: 13 die in UP dust storm

UP CM Adityanath flags off 50 'Sankalp Seva' buses in Lucknow