30 dead as 14 coaches of Utkal Express derail in UP

The accident near Khatauli town in Muzaffarnagar, left 3o people dead and over 300 injured, the Uttar Pradesh Police said. Khatauli is around 40 km from Muzaffarnagar.


Muzaffarnagar: Fourteen coaches of high-speed Utkal Express on Saturday jumped the rails, with one of them crashing into a house adjacent to the track near Khatauli this evening, claiming at least 23 lives and leaving a large number of passengers injured.

The accident occurred around 5.45pm near Khatauli town in Muzaffarnagar and left 30 people dead and over 300 injured, the Uttar Pradesh Police said. Khatauli is around 40 km from Muzaffarnagar.

Railway ministry officials in Delhi, however, put the number of dead at 12. The train was coming from Puri in Odisha and going to Haridwar in Uttarakhand, normally a journey of about 36 hours. 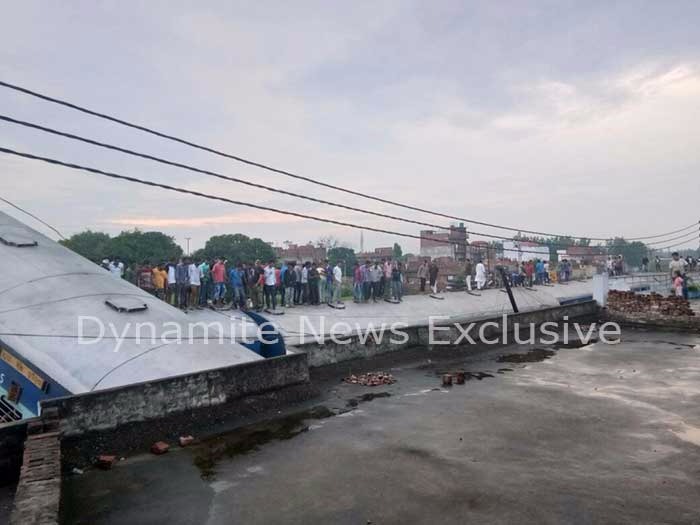 PAC, ATS and NDRF teams have been rushed to the spot. Heavyweight cranes and gas cutters were being used and locals were seen helping out those engaged in rescue work.

Muzaffarnagar authorities have set up a control room to assist families of those affected.

Prime Minister Narendra Modi expressed extreme pain over the derailment and said the railway ministry and the state government were doing everything possible and providing all assistance required.

He said the situation was being monitored very closely by therailways ministry.

Railway minister Suresh Prabhu has ordered an inquiry into the derailment. He said he was personally monitoring the situation and strict action will be taken in case of any lapse.

In a series of tweets, Prabhu said that minister of state Manoj Sinha has rushed to the spot while the chairman of Railway Board and Member Traffic have been asked to oversee rescue and relief operations.

Two National Disaster Response Force (NDRF) teams, comprising 45 personnel each, and two canines have been mobilised to the accident site from their base in Ghaziabad. Medical vans have also been rushed to the site.

"All efforts being taken to ensure speedy relief and rescue operations," Prabhu said.

The railway ministry was also in close touch with the Uttar Pradesh government to coordinate rescue and relief operations.

Meanwhile, Saxena said, "Initially, we thought that it was only 4-5 coaches, now we have ascertained that 14 coaches have derailed. As of now our focus is on rescue and not on finding reasons for the accident." (PTI)

PM anguished by loss of lives in Bihar train derailment

Utkal Express derailment: Locals come together to give aid to traumatised victims