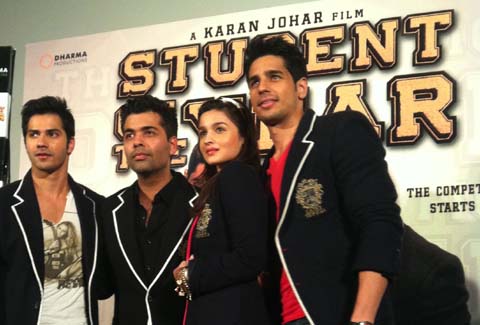 Karan took to his official Instagram account to show his affection for the three actors who made their debut in the industry with his film 'Student of the Year'. 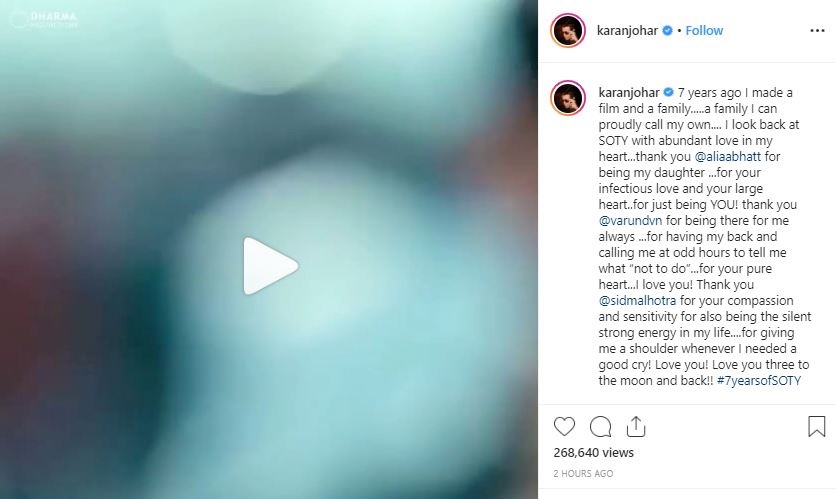 Karan penned a lengthy message about how the three actors have bestowed love and affection upon him over the years.

The '2 States' actor also shared a message to mark the seventh anniversary of 'Student of the Year'.

Also Read: Karan Johar is back with directional mood after two years

Karan launched the three actors in the film about love and friendship. In the flick, Varun essayed the role of a rich bully while Sidharth was shown to be confident, hardworking, and perfect in almost everything. Alia played the role of a spoilt rich girl, who was actually a love-struck student who valued relationships above all.

The three actors have come a long way since then and have delivered some great performances.

Karan also recently produced a sequel of the film featuring Tiger Shroff, Tara Sutaria and Ananya Pandey. The movie directed by Punit Malhotra had an average run and made a total of Rs. 38.83 crore in its opening weekend. (ANI)