Mumbai: Doting dad Akshay Kumar shared a sweet message to his "favourite human being" Aarav Bhatia on his birthday.
Taking to Instagram, the 'Rustom' actor posted a picture of his handsome son and penned a lovely message.

He captioned the snap, "From teaching you how to climb a tree, to learning from you how to make a video call...Happy birthday to my favoritest human being." 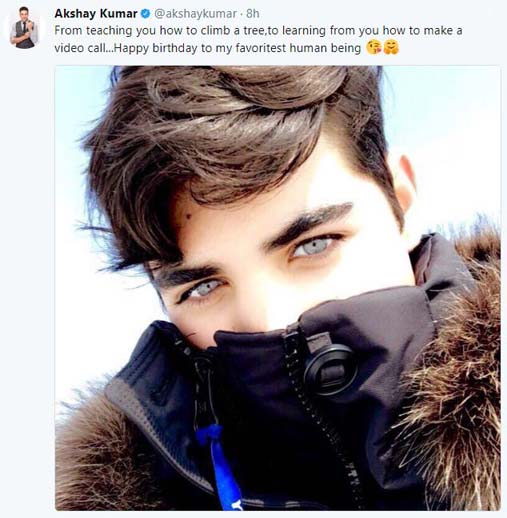 That's truly a sweetest birthday message by a doting father to his amazing son.

This is not the first time that Akshay has professed his love for son.

The junior 'Khiladi' also seems to following his father's footstep as he is also enthusiastic about martial arts.

On the other hand, Twinkle Khanna also shared on her social account. 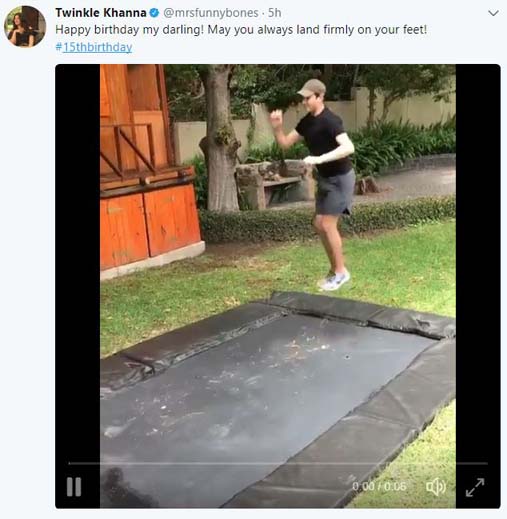 His upcoming film is 'Ikka' hindi remake of hit south Indian film Thupakki. A. R. Muruigadoss, who had earlier worked with Akshay in Holiday- Never off Duty (2015) and 'Padman' based on an extraordinary true story, this will be the first occasion that Akshay is playing the role of a hardcore villain.(ANI)

Here's how Akshay Kumar is marking his 'Gold'en jubilee