Amit Shah likely to be part of Modi Cabinet 2.0

The news of Shah joining the Cabinet came from Gujarat BJP chief Jitu Vaghani, who tweeted a congratulatory message.

Also Read: These MPs will be part of Modi's Cabinet again

"Had a courtesy meeting with our mentor Amit Shah and gave my best wishes to him on his inclusion as a strong member of the Prime Minister Narendra Modi's council of ministers," he tweeted.

Shah was part of a meeting Modi held at his residence at 4.30 pm with the MPs selected for ministerial berths.

There have been indications that senior leader Sushma Swaraj and Rajnath Singh may also join Modi's new cabinet.

Modi will be sworn in as prime minister for a second consecutive term at a glittering ceremony at 7 PM at the forecourt of the Rashtrapati Bhavan. 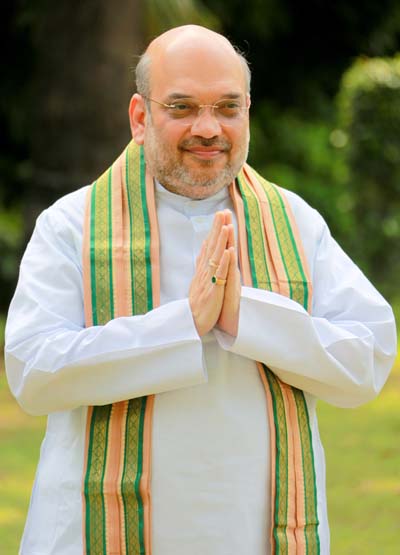 The other names which are likely to get ministerial berths include Arjun Ram Meghawal, Krishanpal Gujjar, Niranjan Jyoti, Ramdas Athwale, Purushottam Rupala and Rita Bahuguna Joshi.

Earlier in the morning, the prime minister held a final round of consultations with Shah to give shape to his council of ministers before sending the list to the Rashtrapati Bhavan. (With PTI inputs)