Amitabh Bachchan in Lucknow to start shooting for new project

Megastar Amitabh Bachchan, who last shot for 'Gulabo Sitabo' in Lucknow, has once again arrived in the city to begin shooting for his new project.

Lucknow (Uttar Pradesh): Megastar Amitabh Bachchan, who last shot for 'Gulabo Sitabo' in Lucknow, has once again arrived in the city to begin shooting for his new project. On Saturday, Big B took to his blog and shared a few pictures from the flight. Alongside the images, he expressed his excitement about the commencement of the shoot. However, he did not disclose the name of the film and the shooting location.

"... another day another travel another fresh project , straight from the Airport on set and now back .. an early call tomorrow .. an acclimatisation of the cast and crew .. of the story and the character and the make up and the work atmosphere .. all very very daunting .. but when did work ever not be so ..so to the work my friend AB, and be not afraid of circumstance and result .. give give give .. to all .. the gift of professionalism and be in gratitude that it came your way ..So .. up in the skies," he wrote. 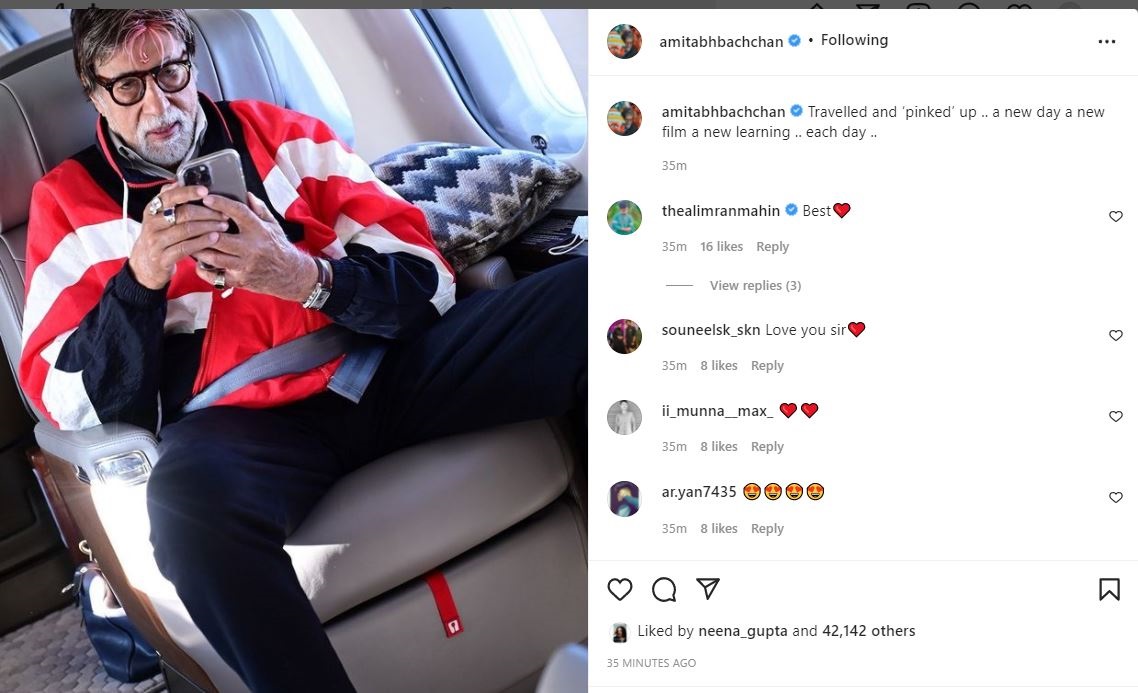 According to several reports, he is in Lucknow for the shoot of Shoojit Sircar's next, and he will in between, also be shooting for Sooraj Barjatya's Uunchai in the city. Big B also shared one of the images on Instagram and wrote, "Travelled and 'pinked' up .. a new day a new film a new learning .. each day."

Reacting to the post, several fans chimed into the comment section to wish him luck for his new project. "All the best sir. Have a good time in Lucknow," a social media user commented.

"Best wishes Amitji, you are the best God bless you, and pls do take very good care of yourself," another one wrote. Apart from Sooraj Barjatya's 'Uunchai' and the yet-to-be-revealed new film, Amitabh also has Vikas Bahl's 'Goodbye' in his kitty. (ANI)