Australia will deny entry to foreign nationals arriving in the country over the next two weeks from the coronavirus-hit mainland China.

Canberra: Australia will deny entry to foreign nationals arriving in the country over the next two weeks from the coronavirus-hit mainland China, Prime Minister Scott Morrison announced on Saturday.

While the Australian citizens, permanent residents and members of their immediate families have been exempted from the ban, they will be asked to "self-isolate" for 14 days from their date of departure from China, Morrison added, as reported by The Sydney Morning Herald.

Morrison said that the decision in this regard -- which has been taken after a meeting of the Chief Medical Officers of all states and territories on Saturday -- is aimed at substantially reducing "the volume of travellers coming from mainland China". 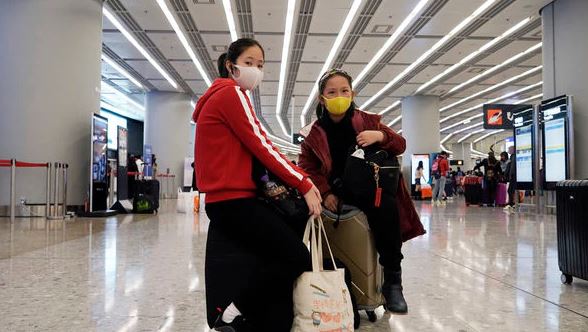 Australia has reported as many as 12 confirmed cases of coronavirus so far, including the fourth case in Victoria and two new cases in South Australia on Saturday.

The country has also changed its travel advice for China to "do not travel".

Other than Australia, the United States has also announced that it will ban non-US citizens who have recently travelled to China from entering the country from Sunday.

The virus, which originated from the Chinese city of Wuhan, has killed as many as 259 people in that country alone, while cases have been registered in several countries across the world. (ANI)