In the picture, the 'Don' actor could be seen holding his Labrador. Soon after he shared the picture, fans swamped the comment section with heartfelt messages and broken heart emoticons. 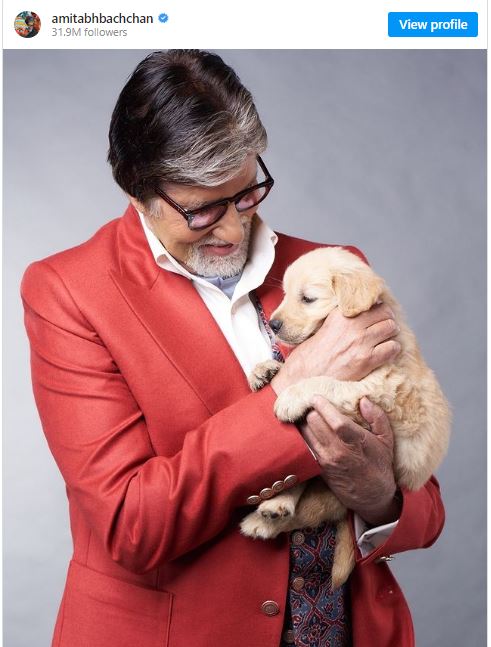 "Pets are precious as love," a fan commented. Another fan wrote, "And the love they give is the purest version of love." The 'Deewar' actor did not reveal the name of his pet.

Meanwhile, on the work front, Amitabh Bachchan was recently seen in director Sooraj Barjatya's family entertainer film 'Uunchai' which got a positive response from the audience.

Apart from him, the film also stars Anupam Kher, Boman Irani and Parineeti Chopra in prominent roles. As per trade analyst Taran Adarsh, despite getting a limited release the film minted more than Rs 10 crores in its opening weekend.

He will be next seen in a pan India film 'Project K' alongside Deepika Padukone and south actor Prabhas, and in 'The Intern'. (ANI)

Big B, PeeCee, SRK and others mark Independence Day 2017 with 'Jai Hind' posts

IFFI to honour Big B with `Personality of the Year` award

Guess! Who are these little ones with Amitabh Bachchan?