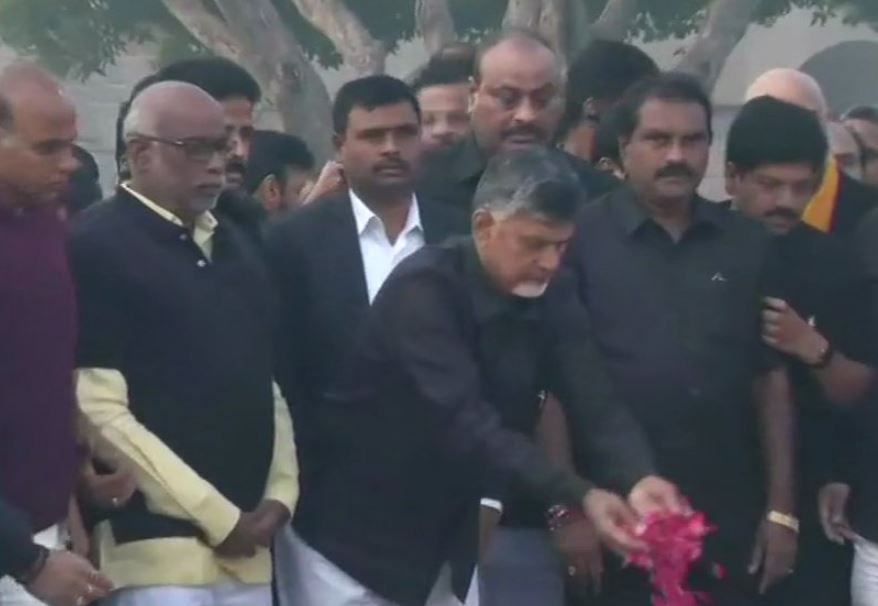 Dressed in black as a mark of protest, Naidu and his party members and ministerial colleagues paid floral tributes to Mahatma Gandhi at Rajghat ahead of the strike. Naidu is observing a hunger strike or 'Dharma Porata Deeksha' (a day-long protest for justice) against the central government over the issue of special status to Andhra Pradesh.

The chief minister is accompanied by his ministers, party MLAs, MLCs, and MPs in the hunger strike. 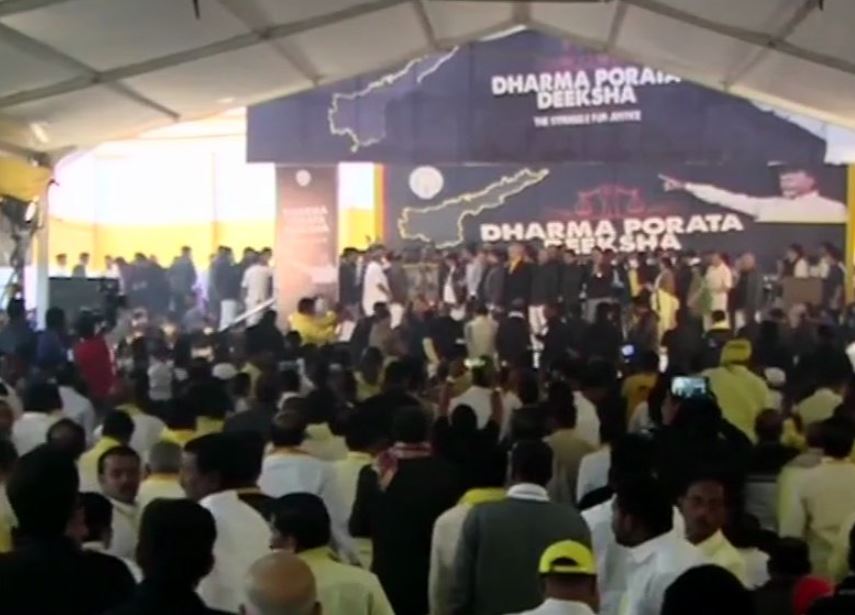 As per an official statement, he will be submitting a memorandum to President Ram Nath Kovind on Tuesday.

In October 2013, Naidu had staged an indefinite fast at the Andhra Pradesh Bhavan here, demanding that if a separate state is carved out of then unified Andhra Pradesh, both should get equal rights. On the fifth day of his protest, he was forcibly shifted to Ram Manohar Lohia Hospital after his health deteriorated. 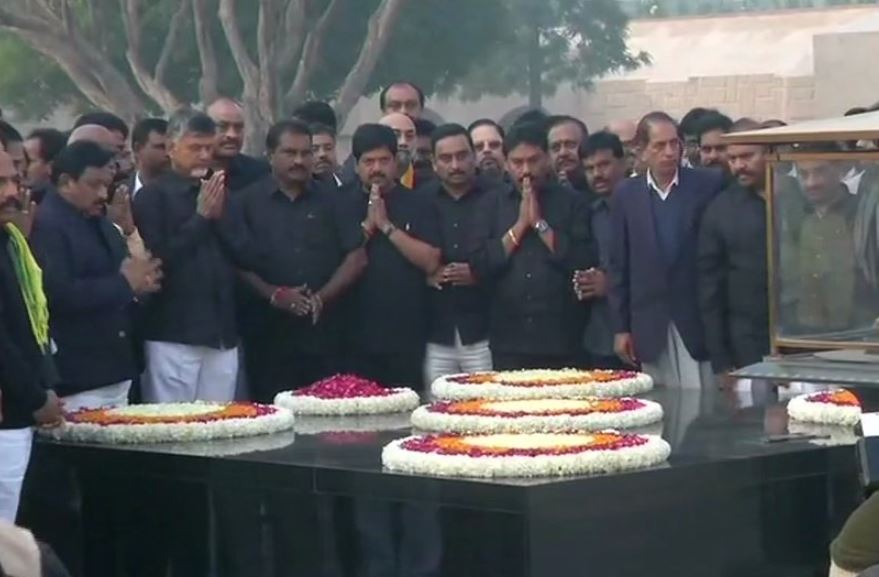 He had also observed a fast in Vijayawada in April last year demanding special status for the state.

The Telugu Desam Party had pulled out of the NDA last year over the Centre’s refusal to grant special category status to  Andhra Pradesh. (ANI)

Naidu condemns EC decision on transfer of officials 'without any reason', appeals it to remain 'neutral'