United States President Donald Trump on Friday asserted that China is eager to make a deal with the US, amid a bitter trade tiff between two of the world's largest economies in the past few months.


Washington DC: United States President Donald Trump on Friday asserted that China is eager to make a deal with the US, amid a bitter trade tiff between two of the world's largest economies in the past few months.

Speaking to reporters at the Oval Office here, Trump was quoted by The Hill saying, "China wants to make a deal". He added that any deal with Beijing would have to be "reciprocal."

"They sent a list of things that they're willing to do, which was a large list. I think we'll have a deal. We'll find out very soon. We want to have a reciprocal trade," he continued. 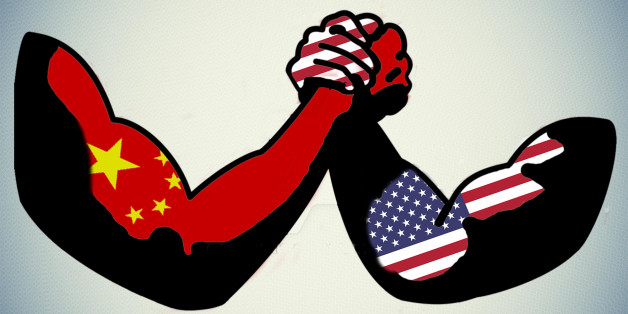 Continuing his tirade against China for "taking advantage" of US in terms of trade, Trump said, "We can't have a trade that's meant for stupid people, and that's the way they took advantage of our country."

Trump's comments came as Washington and Beijing have been engaging in an escalating trade war from the past few months, with both nations slapping high tariffs on each other's goods and imports. This has led to the straining of ties between the two nations.

In September, Trump imposed 10 per cent tariffs on Chinese products amounting to USD 200 billion. Beijing then retaliated with tariffs worth USD 60 billion on American goods. Both the countries have threatened new waves of tariffs in the near future.

The Trump administration has been slapping tariffs on China, claiming that the US was "being treated unfairly in trade" and accusing Beijing of "stealing intellectual property". China, on the other hand, chided the US for indulging in "trade bullying. (ANI)