All 400-odd petrol pumps along with linked CNG dispensing units in the national capital will remain shut Monday.

New Delhi: All 400-odd petrol pumps along with linked CNG dispensing units in the national capital will remain shut Monday in protest against Delhi government's refusal to reduce VAT on fuels, the Delhi Petrol Dealers Association (DPDA) said in a statement.

There are about 400 petrol pumps in Delhi which also have linked compressed natural gas (CNG) stations and all of them will remain closed for nearly 24 hours in protest from 6 am onwards on October 22 and remain closed till 5 am on October 23, it said.

Delhi: All 400 petrol pumps along with linked CNG dispensing units to remain shut from 6 am today to 5 am tomorrow in protest against Delhi govt’s refusal to reduce VAT on diesel & petrol in the national capital. The protest has been called by Delhi Petrol Dealers Association. pic.twitter.com/RYQr85FrZm

DPDA president Nischal Singhania said, "The central government had slashed the rate of petrol and diesel by Rs 2.50 per litre each on September 4. This was followed by reduction of VAT (value added tax) by various states including neighbouring Haryana and Uttar Pradesh, bringing relief to their residents. 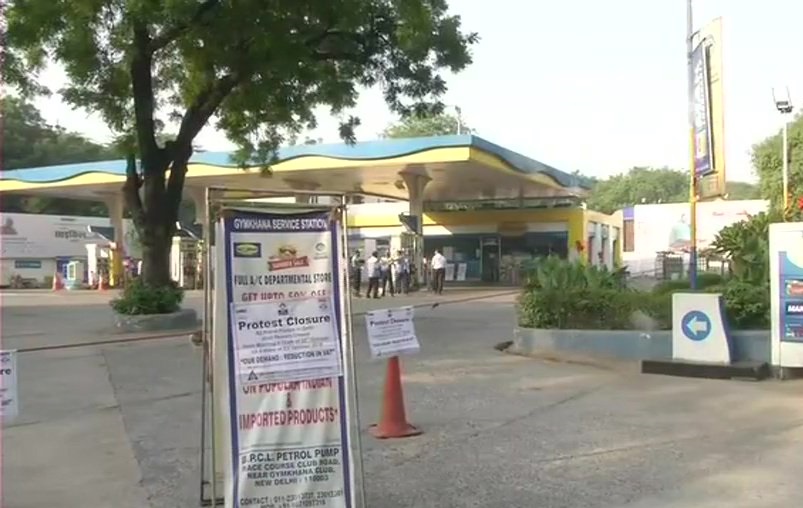 "But, the Delhi government refused to reduce VAT on fuel both petrol and diesel resulting in fuel becoming more expensive than bordering Haryana and Uttar Pradesh."

In comparison to Delhi, fuel rates in bordering states like Uttar Pradesh and Haryana are cheaper, he said.

Because of high price in Delhi and low prices in states like UP and Haryana, customers are deserting the petrol pumps in Delhi leading to huge drop in sales, Singhania said.

Due to difference in prices, there has been a sharp drop of 50-60 per cent in sale of diesel in Delhi and 25 per cent in petrol in this quarter, the DPDA president said, adding that on Monday, all the 400 pumps of Delhi will neither purchase nor sell petrol, diesel and CNG. 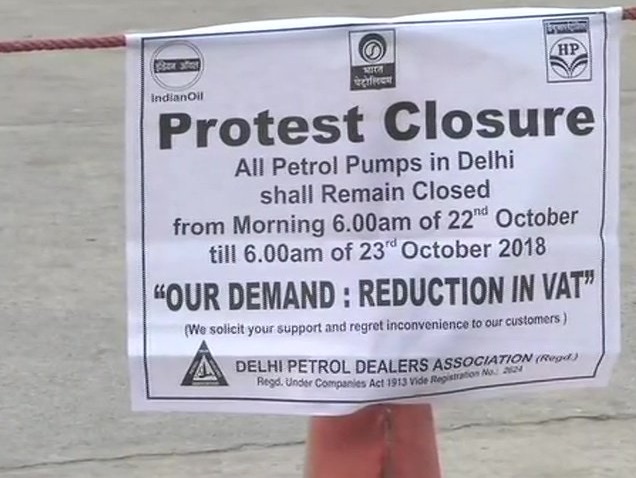 He said the festival season is peak season for the sale of fuel due to social travelling by residents.

"DPDA urges the Delhi government to immediately reduce VAT on petrol and diesel and encourage commuters to buy euro VI fuel and save the livelihood of employees and owners of petrol pumps of Delhi and also save state's revenue loss," the statement said. (PTI)

Petrol, diesel prices to change every day from May 1

Petrol price cut by 6 paise per litre, diesel by 5 paise