A haze enveloped the national capital as theair quality nosedived to 'very poor' category, with scores of areas inching towards severe levels, according to the Pune-based System of Air Quality and Weather Forecasting and Research (SAFAR).

New Delhi: A haze enveloped the national capital on Tuesday as theair quality  nosedived to 'very poor' category, with scores of areas inching towards severe   levels, according to the Pune-based System of Air Quality and Weather Forecasting and Research (SAFAR). 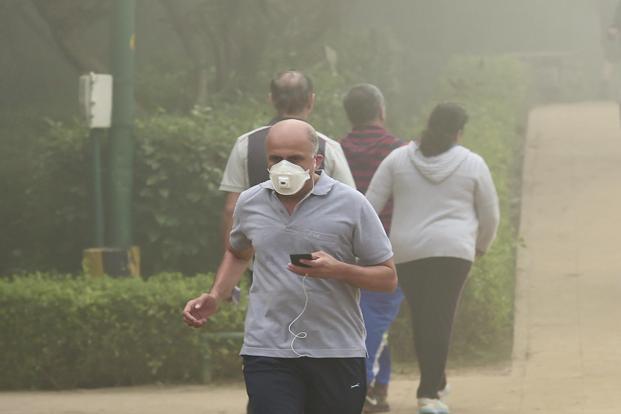 Overcast skies prevailed in the city with the minimum and maximum temperature hovering at 18 degree Celsius and 32 degree Celsius respectively.  The humidity will be around 64 per cent for the entire day. Increase in gaseous pollution  across the national capital has resulted in spike in chronic cough cases, respiratory problems not only in children but also in adults.

A diabetic pateint Prashant said that it is imperative for him to go on a walk everyday to maintain his health but the increased pollutants in the air and wavering temperature are causing difficulty for him.

"I am diabatic. It is essential for me to go on a walk regularly in order to stay fit. But the air quality  here has deteriorated so much that it is making me breathless," he said. 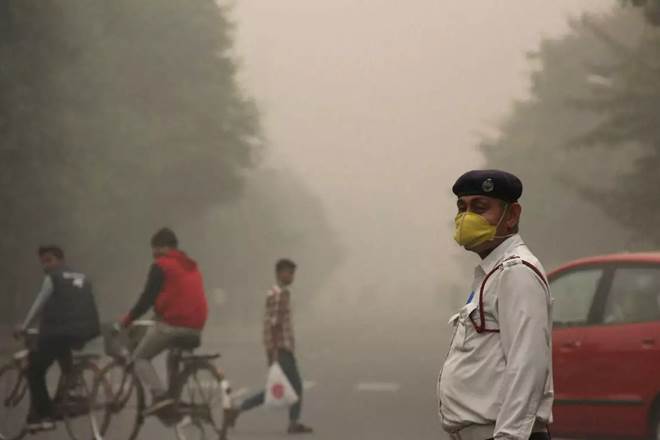 The SAFAR advised people residing in the national capital to avoid all physical activities outdoor and move activities indoors. The asthmatics have been advised to keep relief medicine handy.

"Stop outdoor activity at early morning and after sunset times. Avoid prolonged or heavy exertion. Go for a short walk instead of a jog and make more breaks. If the room has windows, close them. Masks known as N-95 or P-100 respirators may only help if you go out," it added.

Taking a note of the deteriorating air quality , Union Environment Minister Harsh Vardhan on Saturday had stated that a criminal prosecution would be initiated by the Central Pollution Control Board (CPCB) against those organisations violating polluting norms.

The Minister also said that as many as 50 teams comprising of the CPCB would soon go for field inspection in Gurugram, Faridabad, Noida and Ghaziabad to monitor the situation. According to a report by the World Health Organisation (WHO) titled "Air Pollution and Child Health: Prescribing Clean Air,” the air  killed 1.25 lakh chidren in India below the age of five in 2016 due to the impact of toxic air. The study also found that polluted air particularly inside the households generated by burning of fossil fuels for cooking, lighting and heating has contributed to the death of as many as 67,000 children below the age of five in the country in 2016.

The WHO's study, which examined the health toll on children breathing toxic air, focused on dangerous particulate matter with a diameter of less than 2.5 micrometres (PM2.5). These include toxins like sulfate and black carbon, which pose the greatest health risks since they can penetrate deep into the lungs or cardiovascular system. (ANI)