Twenty-three kg of gold allegedly being smuggled into India from Sri Lanka by four people in specially designed waist pouches was seized by DRI officials, according to an official statement issued today.

Chennai: Twenty-three kg of gold allegedly being smuggled into India from Sri Lanka by four people in specially designed waist pouches was seized by DRI officials, according to an official statement issued today.

Directorate of Revenue Intelligence (DRI) officials intercepted four passengers when they arrived at the Egmore Railway Station by the Rameswaram-Chennai Sethu express here on Thursday, it said.

During questioning, the passengers admitted that they had gold bars concealed around their waist in specially designed pouches, the DRI statement said. 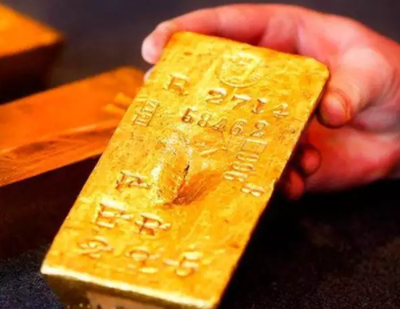 On February 27, the DRI had seized 19.27 kg of smuggled gold from two persons on a motorcycle near Jegathapattinam (a coastal village near Mimisal in Tamil Nadu). The duo were later arrested.

In another case, the agency had seized 11 kg gold smuggled into the country through Tiruchirapalli airport.

The gold had been concealed in the smoking room of the airport's arrival hall, and was retrieved by a housekeeping staff of the airport who would use his employee pass to escape customs unnoticed and hand it over to other gang members for transporting it to Chennai, it said.

An entire chain of gang members was arrested including air passengers who smuggled in the gold, the housekeeping attendant who retrieved it, the organiser in Trichy, gang members who transported it and a merchant in Chennai who was to eventually receive the smuggled gold, the statement said.

More than half of the gold seized this year (103 kilograms) was smuggled by boats from Sri Lanka through the Tamil Nadu coast, in connection to this 22 people were arrested, the DRI said.(PTI)