Family, strangers come together to give Captain Ayush a sparkling farewell

The body of the young officer gave carried to the cremation spot in a spectacular convoy, thronged by his admirers and those who did not know him- all together to see him off one last time.

Kanpur: Captain Ayush Yadav, who laid down his life fighting terrorists in Kupwara, Jammu and Kashmir, received a fitting farewell where his near and dear ones joined the nation in bidding him adieu.

The body of the young officer gave carried to the cremation spot in a spectacular convoy, thronged by his admirers and those who did not know him- all together to see him off one last time. 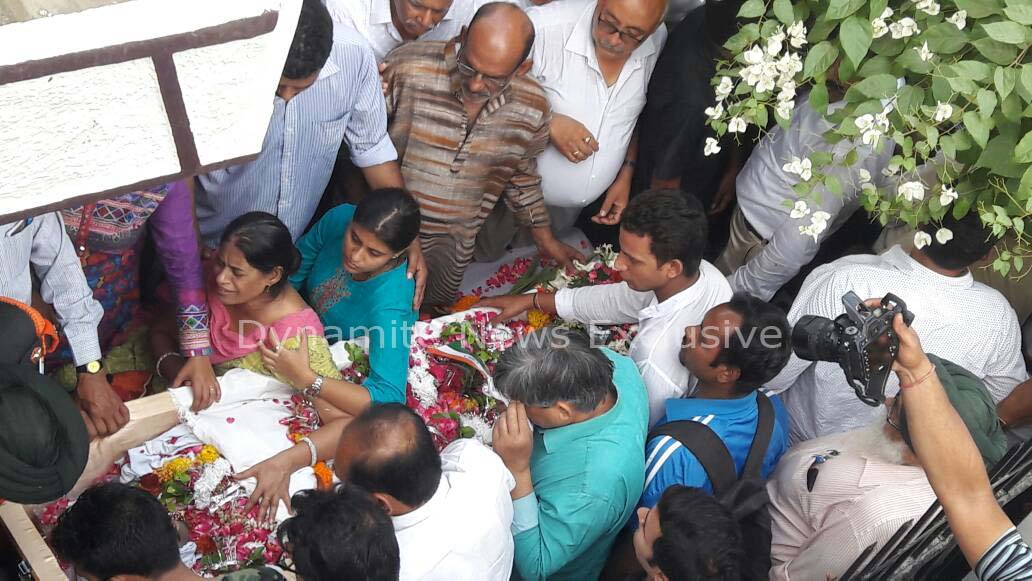 A marching band lead the convoy which was followed by Army trucks and scores of people chanting slogans and shedding tears.

Captain Ayush's parents were inconsolable when the body of the hero reached his home at Defence Colony from the mortuary of the Army Hospital.

As soon as the news spread that the Captain Ayush's body has reached; relatives, friends and neighbours thronged Kupwara hero's home to pay their homage. 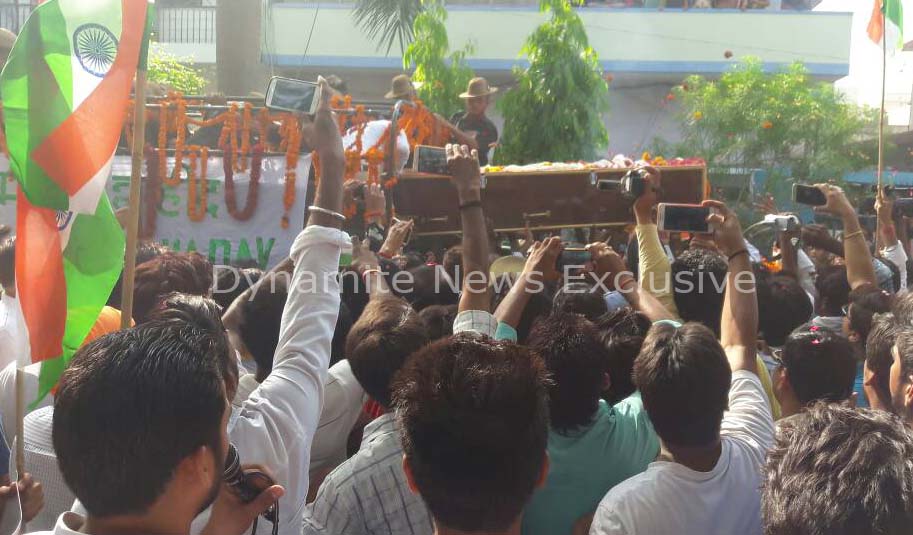 Not only the parents of Captain Ayush were inconsolable, but many others had tearful eyes. Thousands of people continued to raise slogans in memory of the hero, till the fire turned his body into ashes.

Twenty-four-year-old Captain Yadav was unmarried and only son of his parents. His father Arun Kant Yadav had recounted whenever he used to tell Ayush, please get married before my retirement, and he used to say - have you nothing else to talk about?

When his son was martyred, Arun Kant had demanded the government to change its Kashmir policy as what had happened to Ayush should not happen to anyone else's child.
Captain Ayush Yadav had spoken to his father for the last time hours before he was killed by terrorists who attacked his unit before dawn on Thursday and opened fire. (ANI)

UP: Five of a family found dead at their home in Khevrajpur village of Prayagraj

UP: Three of family drown while bathing in Ganga river

Girl raped by teen in UP village