Ind vs SA: Rishabh Pant rues lack of execution in bowling after 7-wicket defeat against Proteas

Top-knocks by Rassie van der Dussen and David Miller took South Africa to a seven-wicket over India, in the first T20I of the five-match series, here at Arun Jaitely Stadium.

"We had enough on the board, but I think we were a little off with the execution," said Pant in a post-match presentation.

South Africa win by 7 wickets and go 1-0 up in the 5 match series.#TeamIndia will look to bounce back in the 2nd T20I.

Talking about the match, chasing 212 South Africa lost wickets at regular intervals and were 81/3 when Miller and Van der Dussen came in for the rescue. While van der Dussen struggled to play at the start, Miller continued his red-hot form and dominated Indian bowlers.

The two batters eventually put up an unbeaten partnership of 131 runs for the fourth wicket and brought up their fifties. 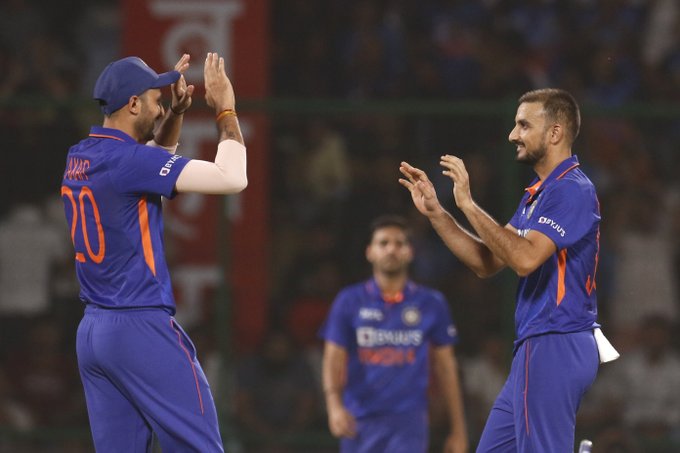 With only four runs left to win in the last over, van der Dussen sent the very first delivery of Chahal for a boundary and claimed a historical seven-wicket, with five balls remaining.

Earlier, after being put to bat first, India posted 211/4 in 20 overs. Ishan Kishan smashed 76 off 48 while Hardik Pandya also played the quick-fire knock of unbeaten 31 off 12.

South Africa have taken a 1-0 lead in the five-match series. (ANI)

Sports: Rishabh Pant lauds his team for 'spot-on execution' after win over SA in 3rd T20I