New Delhi: In a first for the IPL, social media platform Twitter on Wednesday unveiled special emojis for 30 of the league's biggest stars.

"Fans can just Tweet using the designated player hashtag (i.e. #ViratKohli for Virat Kohli) and an emoji version of that player will automatically appear after the hashtag within the Tweet," the company stated in a press release.

Also Read: Harsha Bhogle not in the list of commentators in IPL 10 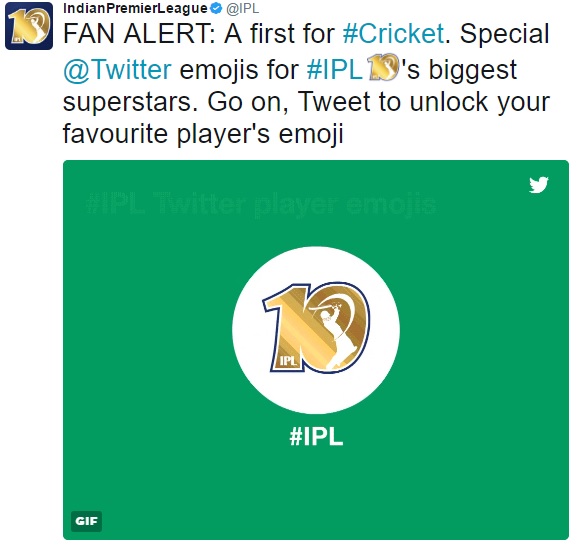 There will also be an emoji for the 10th season when fans Tweet with #IPL.

"These special player Twitter emojis are a celebration of our superstars who light up the league...We would like to dedicate this launch to them and can't wait to see the conversation that unfolds this season," said BCCI CEO Rahul Johri. (PTI)