Making quite a chic statement, Bollywood actor Katrina Kaif on Tuesday shared photographs on social media where she is seen slaying in the polka-dotted ensemble.


New Delhi: Making quite a chic statement, Bollywood actor Katrina Kaif on Tuesday shared photographs on social media where she is seen slaying in the polka-dotted ensemble.

Going caption-less, the 36-year-old actor hopped on to Instagram to share two photographs of hers where she is seen posing for the camera.

In the photographs, the 'Bharat' actor is seen in a solid-hued yellow leather skirt with a cropped polka dot shirt that was tied up in the front. 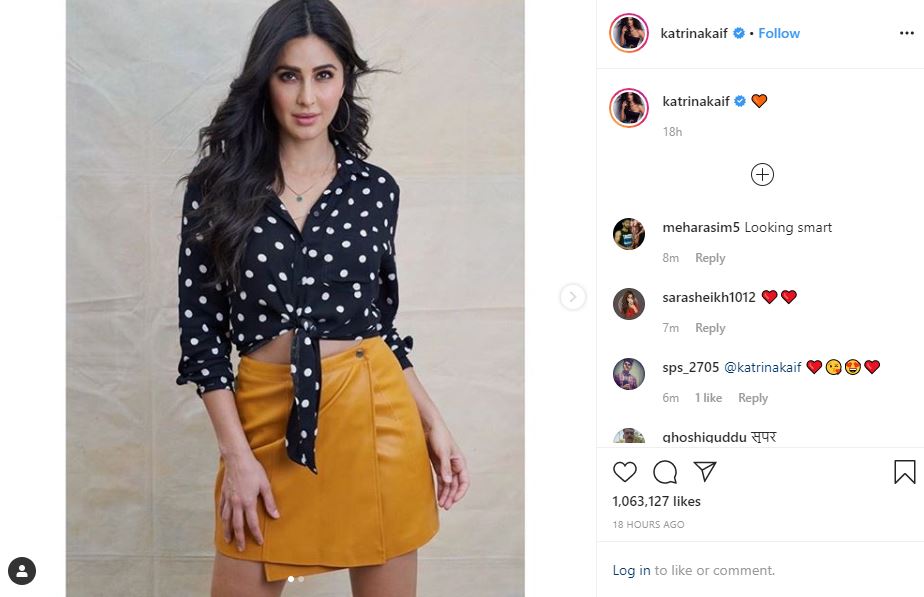 She completed the chic-outfit by adding on a pair of simple hoops and strappy heels.

On the professional front, the actor has two exciting projects lined up her way -- one being 'Sooryavanshi' and the latest one with legendary actors Amitabh and Jaya Bachchan in an upcoming movie.

In a recent post shared by the megastar saw Katrina Kaif dressed in wedding attire.

According to his blog, Bachchan and his wife are essaying the role of Katrina's parents in their upcoming project and the pictures showed them marrying Katrina off.

Alternatively, actor Katrina Kaif also shared some pictures from the sets on Instagram on Thursday where she was seen wearing the same wedding attire. (ANI)