In its fifth episode, Karan Johar will bring to the couch legendary heartthrob Aamir Khan and joining him will be everyone's all time "Poo" Kareena Kapoor Khan. Full story on Dynamite News:

Mumbai: In ‘Koffee With Karan’ new season so far we have seen celebrities from the Gen Z unravelling fun, candid moments with a rare exception. However, coming up next week will be two stars, who have made "fan generations”.

In its fifth episode, Karan Johar will bring to the couch legendary heartthrob Aamir Khan and joining him will be everyone's all time "Poo" Kareena Kapoor Khan.

This will be Bebo's seventh stint on KJo's show.The much-awaited episode’s teaser hints at sizzling conversations around the industry, their style statements, and the speed of some stars at wrapping their films. 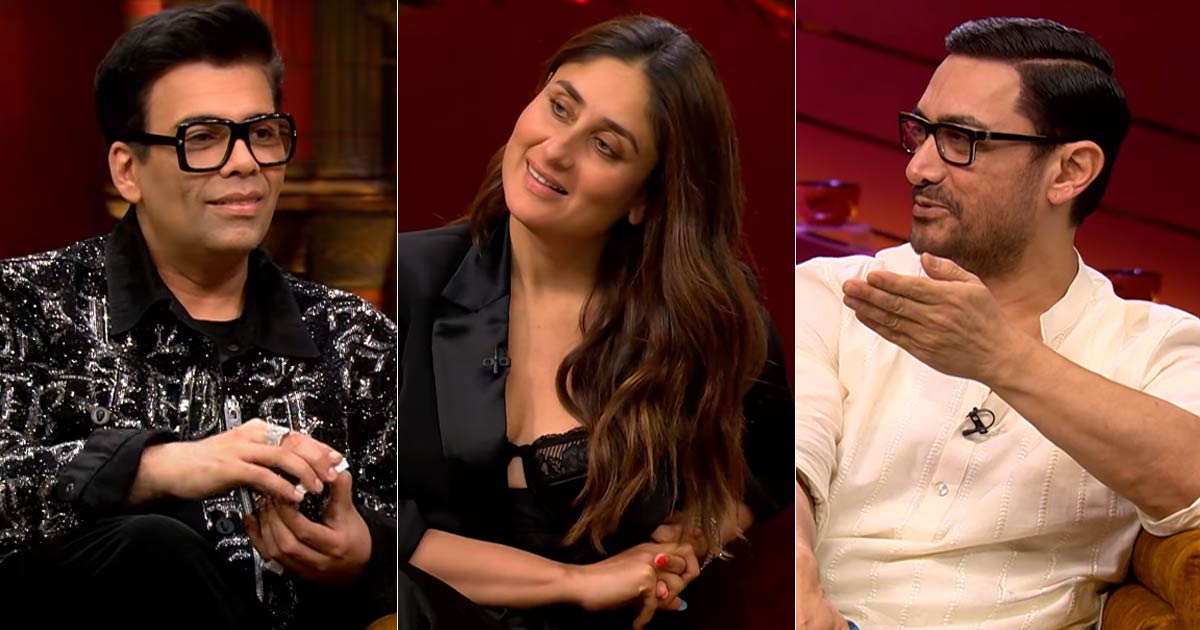 The much-speculated equation of Aamir and host Karan Johar comes to light as the former displays a no-holds-barred personality on the show.

“Whenever you do your show, someone or the other cries,” said the Khan candidly.Kareena, true to her reputation as Bollywood’s diva, brings to the episode her iconic ‘Poo’ self, especially when judging the fashion sense of others.

Sassy Kareena points out how Aamir finishes a film in over 200 days, while Akshay Kumar does the same in 30 days.

With the two explosive stars on the couch, this episode promises viewers on celebrities' secrets, leg-pulling and a lot of fun. (with UNI inputs)

Koffee With Karan 7: Vijay Deverakonda, Ananya Panday to steam up in new episode

Entertainment: Koffee with Karan won't return for another season