As US citizens decide the fate of Democratic vice presidential nominee Kamala Harris today, locals of her ancestral village in Thulasenthirapuram in Tiruvarur district offered prayers at a temple wishing success for her in the polls.

Thiruvarur: As US citizens decide the fate of Democratic vice presidential nominee Kamala Harris today, locals of her ancestral village in Thulasenthirapuram in Tiruvarur district offered prayers at a temple wishing success for her in the polls.

"We want her to win the polls, we are praying for her," a local said.

Tamil Nadu: Special prayers offered at a temple at the native village of US Democratic vice presidential nominee Kamala Harris in Tiruvarur district wishing success for her in the upcoming US Presidential polls.

"We want her to win the polls, we're praying for her," says a local pic.twitter.com/4TWixk9KcI

Banners were also put in her ancestral village in Thulasenthirapuram wishing her luck ahead of voting.

Harris was born to a Jamaican father and an Indian mother Shyamala Gopalan, who was born in Chennai before she moved to the US for further study. Shyamala was a leading cancer researcher and activist.

Harris's maternal grandfather was born in Thulasenthirapuram, located about 320 km south of the city of Chennai. Shyamala was the daughter of PV Gopalan, a high-ranking civil servant. 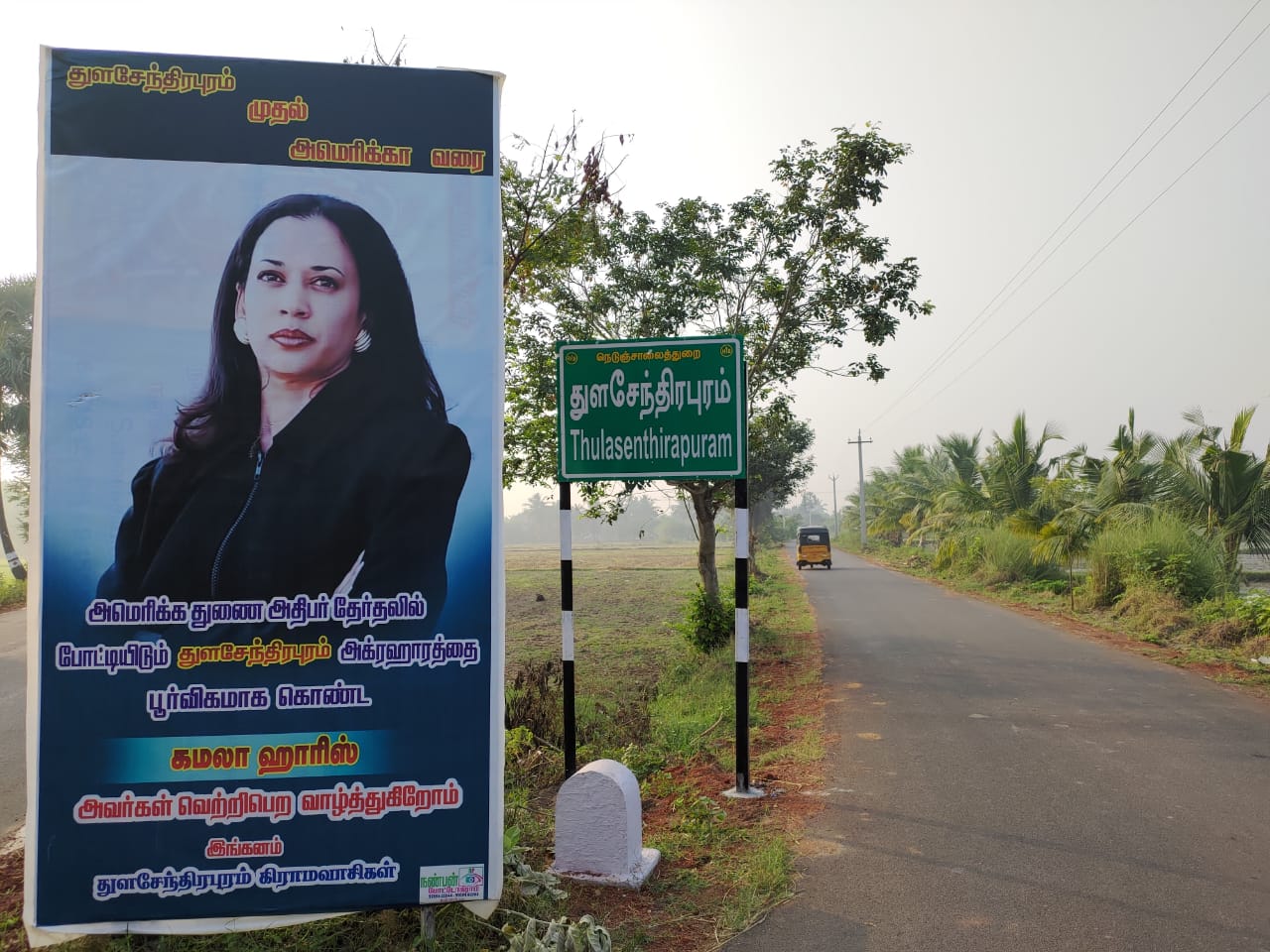 California Senator Harris, if elected, would be the first woman vice president ever for the US.

Harris is the first Indian-American to be elected district attorney of San Francisco, the first South Asian American to become a US senator and if elected on November 3, she will be the first person of Indian descent to hold a major political office in the United States.

55-year-old Kamala began her career in the 1990s at the Alameda County District Attorney's Office in the city of Oakland and later became the first woman of colour in 2011 to serve as California's attorney general.

While the timings for opening and closing of polling stations vary in different states and cities in the US, most polls would begin around 6 am (4:30 pm IST) on November 3.

More than 94 million Americans had already cast their ballots by Monday, a record for early voting Joe Biden is currently leading Donald Trump in the national polls as the US approaches its 2020 presidential election. (ANI)

US Elections 2020: Vote like your life depends on it, says Lady Gaga

Local body polls: Chennai votes after a hiatus of 11 years

VP-elect Kamala Harris remembers her late mother, says 'I am thinking about her and the generations of women'

Each vote for Biden states that health care should be a right, not privilege: Kamala Harris