Addressing a press conference on the occasion, Akhilesh said: "Nishad Party and Janvadi Party (Socialist) are now a part of Samajwadi Party-Bahujan Samaj Party-Rashtriya Lok Dal alliance in Uttar Pradesh. Whenever Samajwadi Party had felt any need during the elections, these two parties and their leaders have always helped us. With their support, our alliance will be further strengthened in the state."

Dr Sanjay Nishad of Nishad Party and Dr Sanjay Chauhan of Janvadi Party (Socialist) were also present during the interaction with the media and both leaders reposed their support for the Uttar Pradesh grand alliance being led by SP-BSP.

Earlier in the day, Janvadi Party (Socialist) and Nishad Party hoardings were spotted at the SP office, alongside hoardings of BSP and RLD fueling speculations of new alliances being forged in the Uttar Pradesh for upcoming elections. 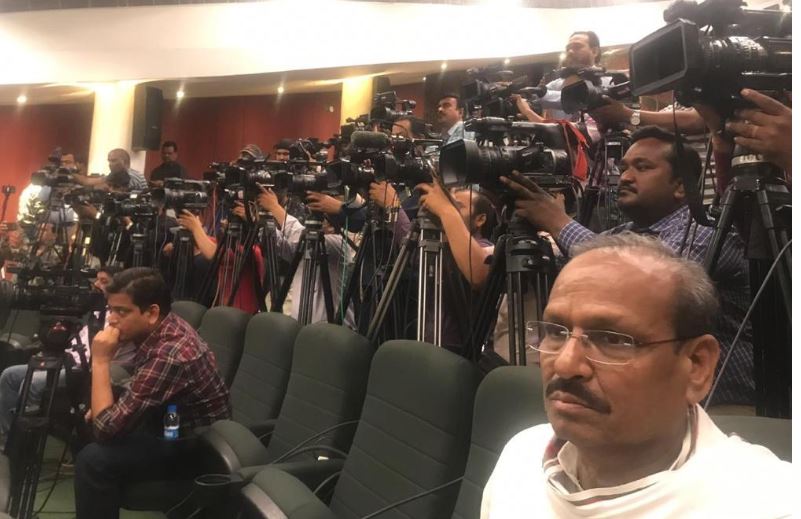 As per the present electoral arrangement, SP, BSP and RLD are in a seat-sharing alliance in Uttar Pradesh in which SP will contest on 37 seats, BSP on 38 and RLD on three. The alliance has decided not to contest two seats, Rae Bareli and Amethi.

Earlier in February Akhilesh had said that many small regional players were part of the SP-BSP alliance and all other parties should come together to oust BJP from power at the Centre in the coming Lok Sabha polls.

“In this alliance which we have with the BSP, you know that even the Congress is also there. We have given three seats to RLD. 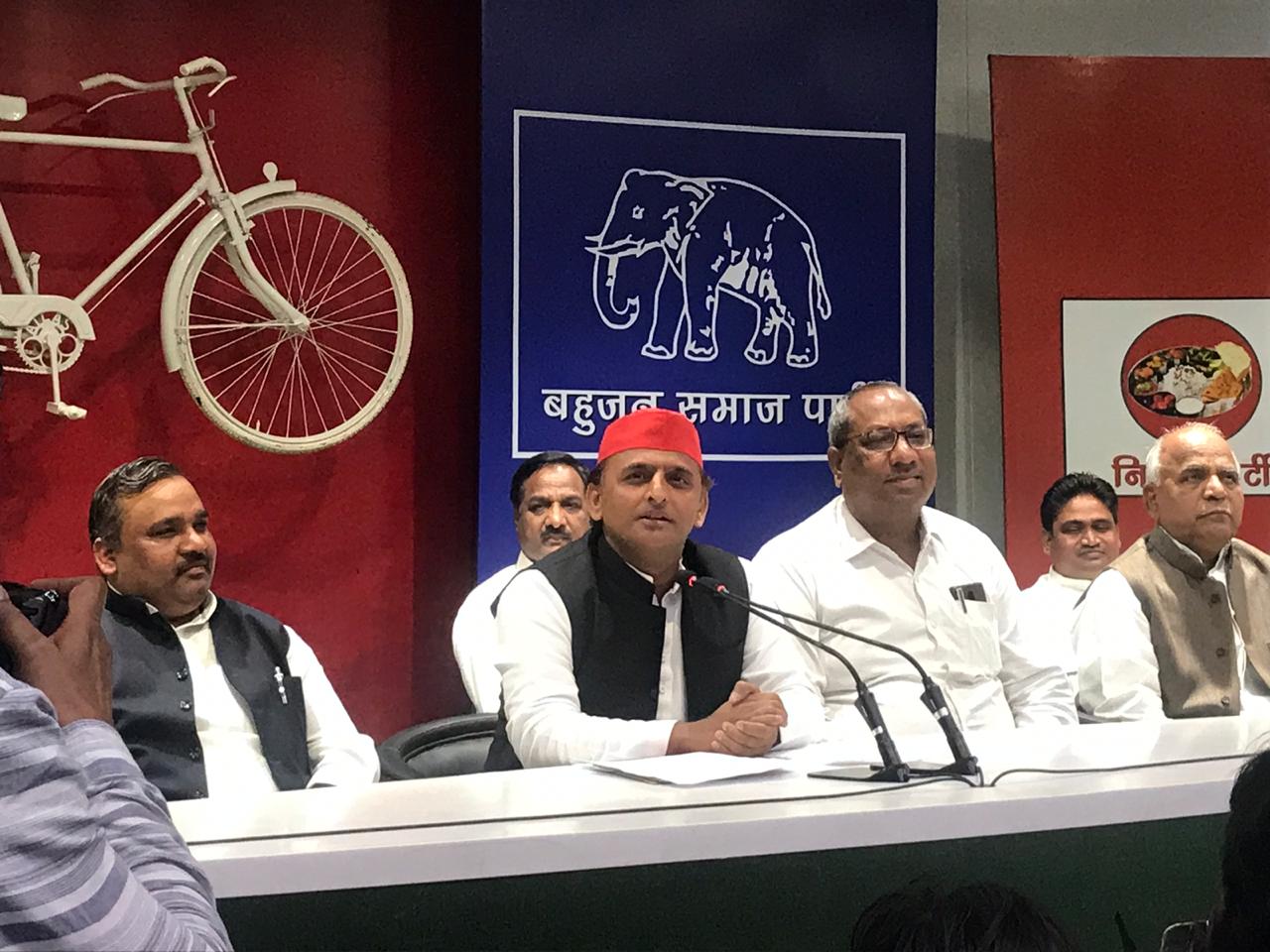 Lok Sabha elections are scheduled to be held from April 11 and will go on till May 19 in seven phases. The polls in Uttar Pradesh will be held in all seven phases, and counting of votes will take place on May 23.

There are 80 Lok Sabha seats at stake in Uttar Pradesh. (ANI)

UP polls: Akhilesh Yadav takes another jibe at 'bua' Mayawati