NDA Vice-Presidential nominee M. Venkaiah Naidu said his endeavour will be to further strengthen Parliamentary democratic system, which is India's strength and beauty. Earlier, Naidu filed his nomination for the upcoming Vice-Presidential election in the Parliament.

New Delhi: National Democratic Alliance (NDA) Vice-Presidential nominee M. Venkaiah Naidu on Tuesday said his endeavour will be to further strengthen Parliamentary democratic system, which is India's strength and beauty. Earlier in the day, Naidu filed his nomination for the upcoming Vice-Presidential election in the Parliament.

Being honoured to be a candidate for the Vice-President of India, Naidu said he has been actively engaged in public life for over four decades.

"On being elected I will uphold traditions, standards set by the worthy predecessors and maintain dignity of office," Naidu said.

"Office of Vice President is a different profile, has its functional norms. I hope I will be able to do justice," he added. 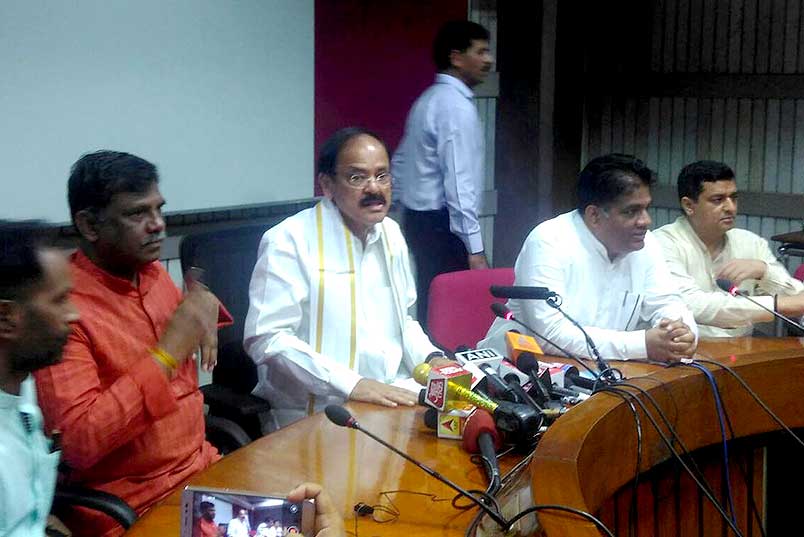 Thanking Prime Minister Narendra Modi and Bharatiya Janata Party (BJP) president Amit Shah, Naidu said he has always treated the party as his mother who brought him to this level, as he lost his own mother at a very young age.

An emotional Naidu said that destiny had stored something else for him, due to which he has to withdraw from the party.

"I had told my colleagues that I want to see Prime Minister Modi come back again in 2019 and then I will call it off and join social service. But destiny decided otherwise. Finally after discussion, I have agreed. I have withdrawn myself from party, do not belong to BJP now," Naidu said.

Naidu will face Opposition candidate Gopalkrishna Gandhi in the race to become the next Vice-President of India.

As prominent leader of the BJP, Naidu has also served as its national president from 2002 to 2004.

Both as a student leader and political figure, Naidu gained prominence as a brilliant orator, who vigorously championed the cause of the farmers and the development of backward areas.

Also read: Mayawati resigns from RS for not being allowed to speak on Dalits

His oratory skills and political activism propelled his political career and he was elected as an MLA to the Andhra Pradesh Legislative Assembly twice from Udayagiri constituency in Nellore district in 1978 and 1983. He rose to become one of the most popular leaders of the BJP in Andhra Pradesh. 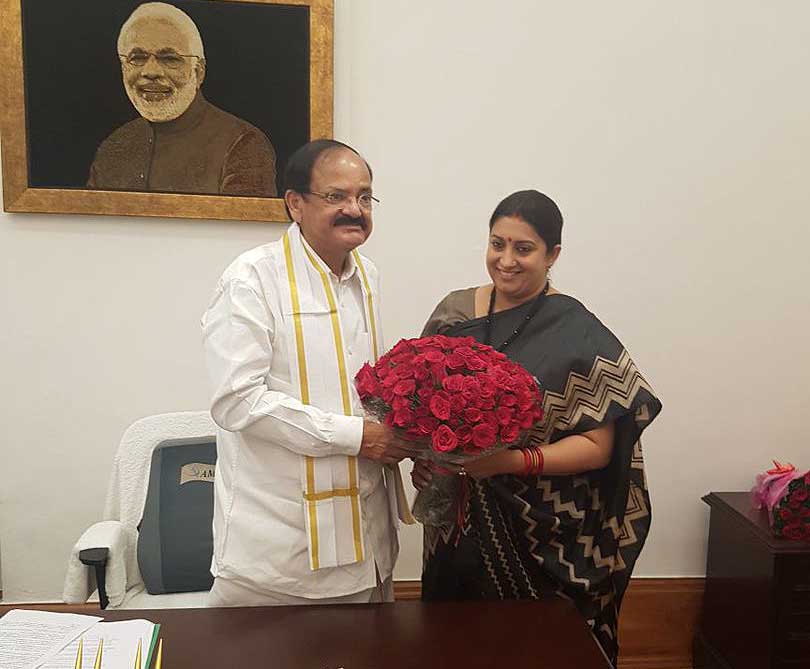 After having served in various organisational posts of the BJP at the state and national level, he was elected as a member of the Rajya Sabha from Karnataka in 1998.

The Vice-Presidential election will be held on August 5. (ANI)