Shiv Sena has given a shutdown call in Maharashtra's Osmanabad in support of MP Ranvindra Gaikwad.

Osmanabad: The Shiv Sena has given a shutdown call in Maharashtra's Osmanabad in support of MP Ranvindra Gaikwad who had assaulted an Air India employee on flight. 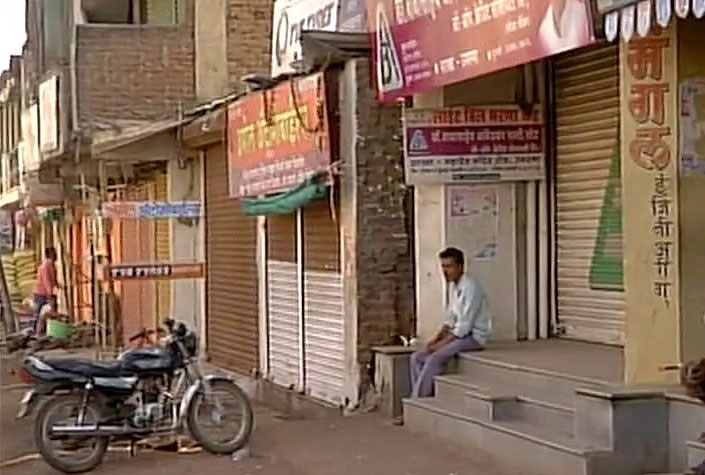 Meanwhile, the Shiv Sena is likely to bring privilege motion in the Parliament today over the issue of Gaikwad being put in 'no fly list' of all airlines.

Air India and six private airlines banned the 56-year-old MP from flying as he refused to apologise for the incident that triggered nationwide outrage.

Also Read: Meat sellers urge Adityanath to 'fight for nation, not for gosht' in UP

The MP from Osmanabad in Maharashtra had earlier downplayed reports suggesting that Air India is considering banning him from boarding its flights.

"I have the tickets, they can't blacklist me. I will board the Delhi-Pune Air India flight this evening. How can they not allow me?" he said.

"I will not apologise. It was not my fault, it was his fault. He should apologise. First ask him to apologise then we will see," Gaikwad told the media.

Sukumar, who was assaulted by Gaikwad, asserted that the elected representatives need to behave in a decent manner.

"I am not scared at all, either with Gaikwad or with the Shiv Sena. I have been serving public and have also faced many who get irritated on such issues. It's a common thing for me," he added.

Earlier, the Centre also took cognizance of the incident and assured a thorough probe into the matter. (ANI)