Mumbai: As the crisis in the State politics, caused by a rebellion by Shiv Sena leader Eknath Shinde, is deepening with every passing minute, a three-page letter has been shot on Thursday to the Chief Minister Uddhav Thackeray by the rebel group expressing their resentment against Thackeray. 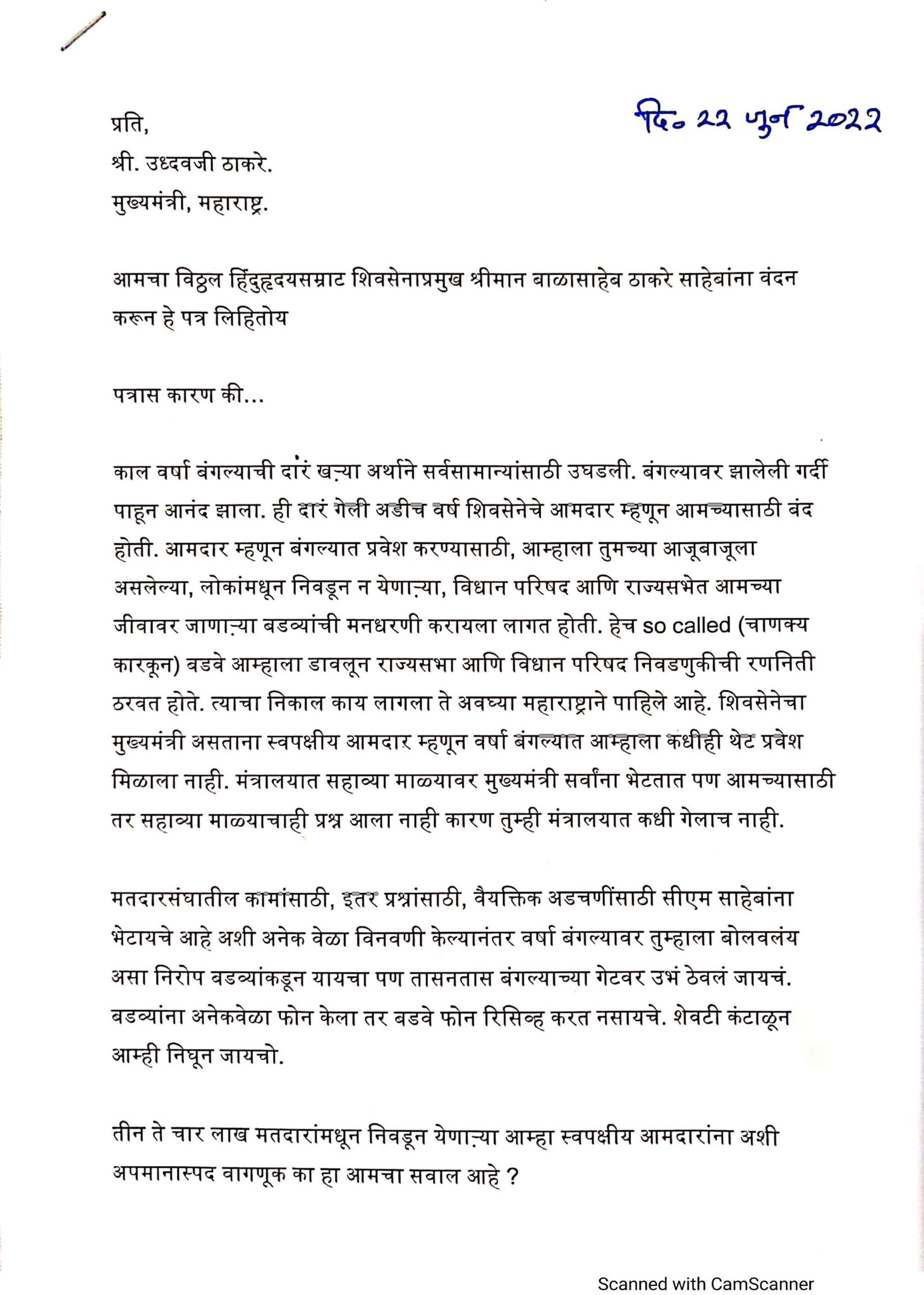 Earlier, on Wednesday Thackeray through Facebook LIVE made an emotional speech and offered to quit as Chief Minister if any of the MLAs would come and told him to his face. 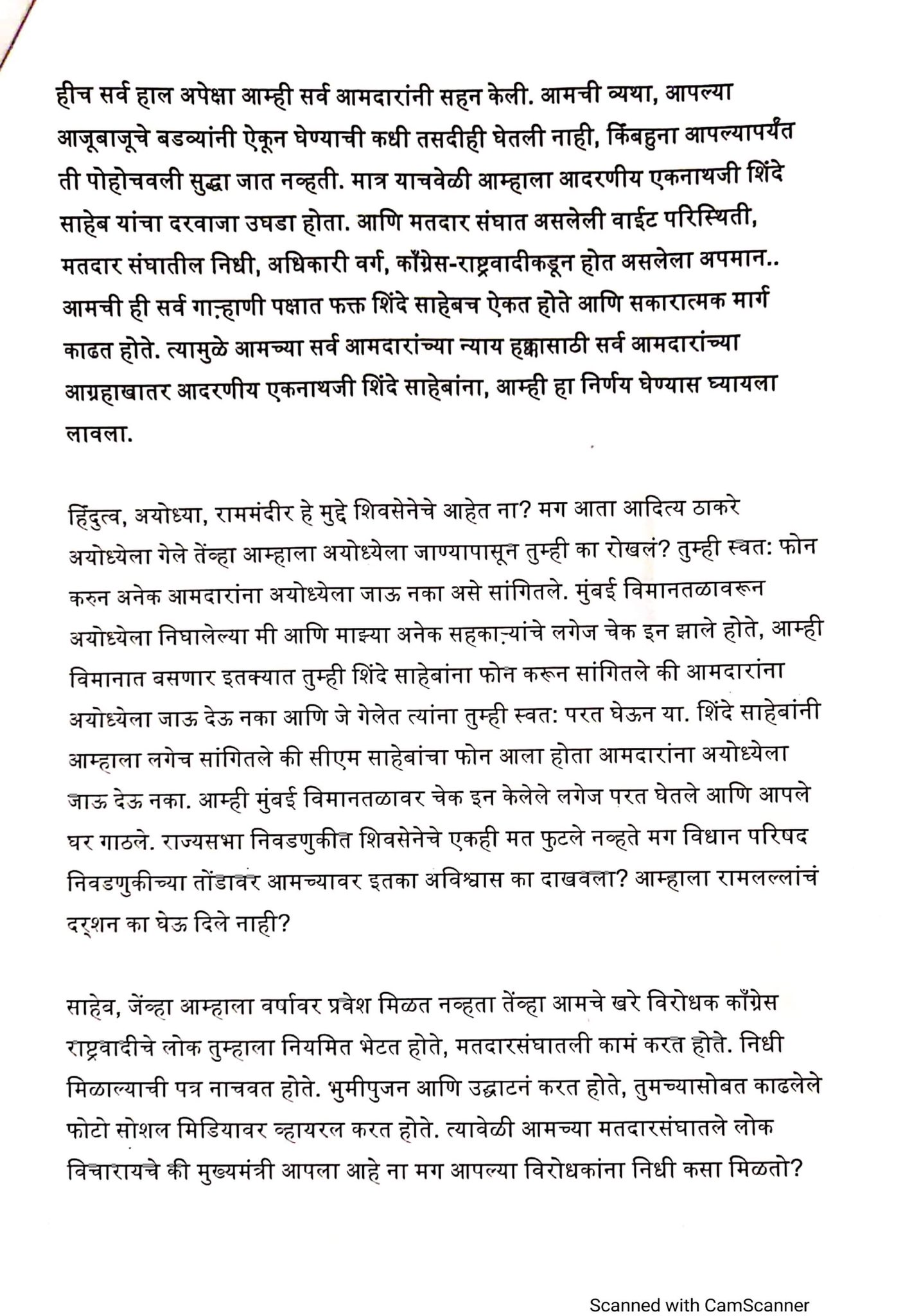 In the open letter, rebel MLAs have articulated their complaints:

After Uddhav's move out, happy to see doors of Varsha open for common men 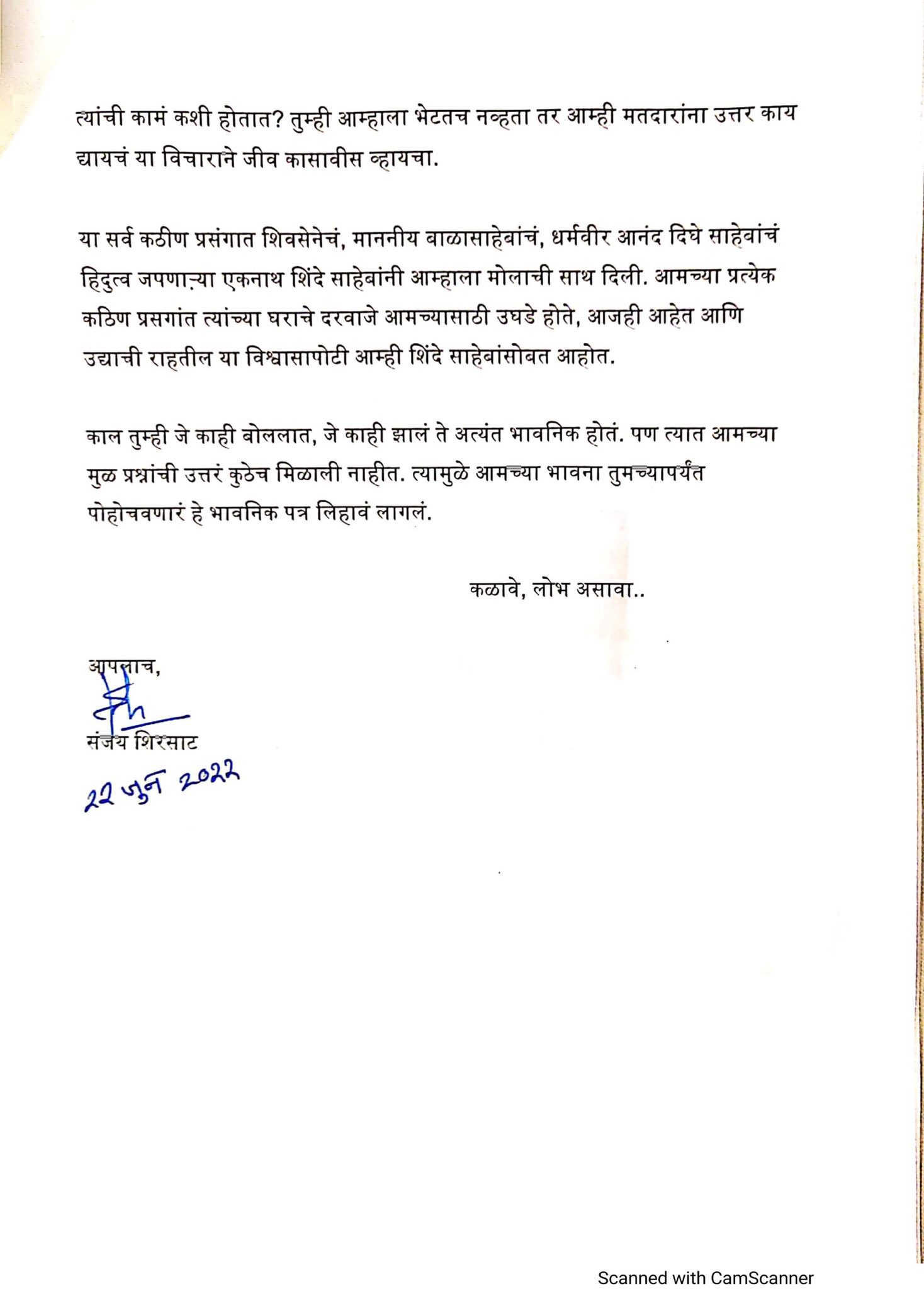 MLAs complain that they were not allowed to meet CM, they have to wait for hours at the gates to meet the CM

MLAs didn't get funds for development work in their constituencies, while NCP and Congress MLAs got funds easily

Probably hinting at Sanajy Raut, non-elected members didn't allow us to get access to CM