New Delh: A major demolition drive was undertaken by Ira Singhal, SDM Alipur on Wednesday along with Manoj Ambasta Tehsildaar Alipur and team on receiving various complaints from the residents of Village Alipur, Jindpur and neighbouring areas regarding operation and construction of a number of illegal godowns on agricultural lands of villages Alipur, Jindpur and Budhpur-Bijapur. 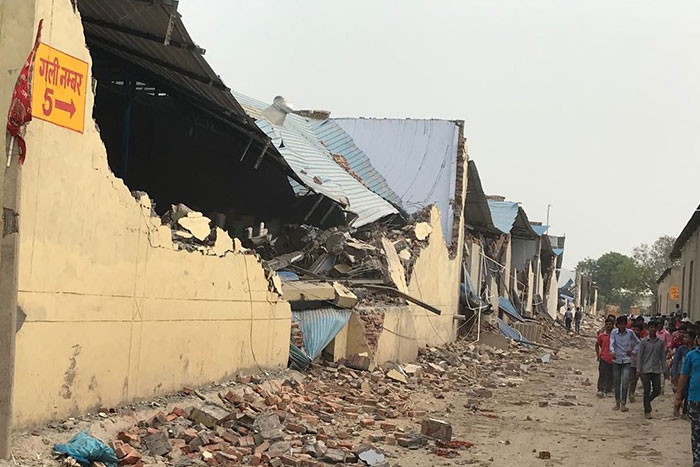 This was done in light of increasing instances of illegal conversion of agricultural lands, increased traffic of heavy vehicles in residential area, pollution due to burning of plastic waste by such godowns and unsafe construction which could lead to heavy loss to life.

The revenue department has been taking action from time to time on such godowns but the owners in clear violation of the laws, rebuilt the godowns despite many warnings. As part of a massive action today, more than 15 such godowns were demolished during the proceedings. More such actions shall be taken in near future by the district administration.

Mahendra Nath Pandey to be the next UP BJP President