Rafael Nadal was forced out of the U.S. Open last year in the semi-finals with a knee injury but the in-form Spaniard on Friday declared himself fit and ready for the punishing hardcourts at Flushing Meadows.

New York: Rafael Nadal was forced out of the U.S. Open last year in the semi-finals with a knee injury but the in-form Spaniard on Friday declared himself fit and ready for the punishing hardcourts at Flushing Meadows.

Nadal’s hopes of defending his 2017 U.S. Open title last year were crushed when his chronic knee issues forced him to retire while trailing Juan Martin del Potro 7-6(3) 6-2 after a number of long and gruelling matches. Yet Nadal, whose U.S. Open tune-up this year featured a victory in Montreal, where he earned a record-extending 35th ATP Masters 1000 title, arrives at the year’s final Grand Slam feeling much better about his health.

“My feeling on the knees are better this year than last year. Last year the problem was I played three or four very, very long matches. That’s tough,” Nadal said during a U.S. Open Media Day inside Louis Armstrong Stadium.

“I hope to be ready for it. I think I am playing well. I am practising the right way during these days. Of course, winning in Montreal helps. I am ready for the action.” 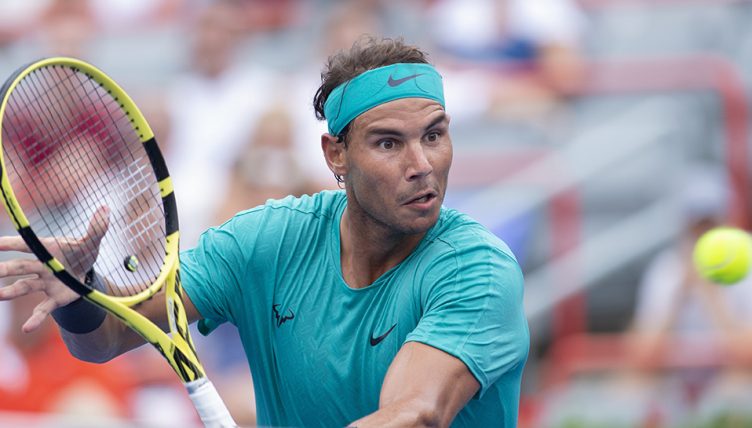 Those are encouraging words for Nadal, who last year showed signs of distress almost from the start of his semi-final as he limped noticeably, grimaced with every sudden move and called for the trainer during a changeover in the second set. The 33-year-old Spaniard, who cited fatigue as his reason for skipping a U.S. Open warm-up in Cincinnati after winning in Montreal, said he has been focused on arriving in New York and adapting to the conditions.

Nadal, who would move to within one Grand Slam of Roger Federer’s all-time record 20 with a triumph in New York, said he has practised well all week and is brimming with confidence.

“My last events have been win Rome, win in Roland Garros, semi-finals in Wimbledon, and winning Montreal,” said Nadal.