Taking no stand against Pakistan's support of terrorism, China on Friday said it had played a "constructive role" in mediation efforts and "defusing" tensions between India and Pakistan, in the wake of the Pulwama terror attack, the responsibility for which has been claimed by Pakistan-based terror outfit Jaish-e-Mohammed.

Beijing: Taking no stand against Pakistan's support of terrorism, China on Friday said it had played a "constructive role" in mediation efforts and "defusing" tensions between India and Pakistan, in the wake of the Pulwama terror attack, the responsibility for which has been claimed by Pakistan-based terror outfit Jaish-e-Mohammed.

At a press conference on the sidelines of the second session of the 13th National People's Conference here, Chinese Foreign Minister Wang Yi said China wants to see an improvement of relations and &nbsp;"encouraged" New Delhi and Islamabad to "return to negotiations", hoping that "both sides can transform crisis into opportunity", Chinese state media reported.

Significantly, he made no mention of China's position on asking Pakistan to stop supporting terrorism, even as India lost over 40 CRPF personnel after a JeM terrorist targeted their convoy in Jammu and Kashmir's Pulwama on February 14. There was again, no mention of China telling Pakistan to cease its backing to terrorists and terror outfits, when Chinese Vice Foreign Minister Kong Xuanyou visited Pakistan on March 6.

At the behest of Pakistan, China has previously blocked India’s attempts at listing JeM chief Masood Azhar at the UN Security Council. The Foreign Minister did not comment on China's support towards listing Azhar as a global terrorist in the wake of Pulwama terror attack, even as countries like France have shown their outright support for the same. 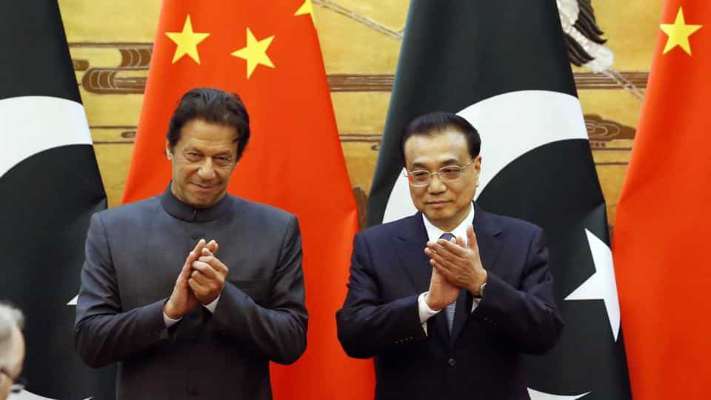 Speaking on the prevailing heightened tensions between India and Pakistan, Wang said that China "played a constructive role" in the "mediation efforts" between the two countries, even as the Chinese Vice Foreign Minister Kong recently visited Pakistan and held meetings with Pakistani Prime Minister Imran Khan and Chief of Army Staff Qamar Javed Bajwa.

"The Chinese side maintains that the sovereignty and territorial integrity of all countries should be earnestly respected and is unwilling to see acts that violate the norms governing international relations," China's Ministry of Foreign Affairs outlined.

"The Chinese side calls on Pakistan and India to refrain from taking actions that aggravate the situation, show goodwill and flexibility, launch dialogue as soon as possible, and work together to maintain regional peace and stability. The Chinese side is ready to continue to play a constructive role in this regard," the ministry noted, while talking about Kong's visit to Pakistan.

The Pakistani side, on the other hand, called China, Pakistan's "most reliable friend," appreciating "Chinese side's efforts to cool down the situation" according to the Chinese Ministry of Foreign Affairs.

Notably, China has refrained from making its stand clear regarding Pakistan's support for terrorism, even as the global community has thrown its weight behind India following the Pulwama terror attack. The United States had told Pakistan to stop providing support and a safe haven to terror outfits and terrorists in the immediate aftermath of the ghastly attack. (ANI)