The daily travellers, all over the nation, have criticised the government, while also requesting them to reconsider the dynamic surge in pricing.

New Delhi: The petrol prices were hiked yesterday by 7-8 paise per litre and diesel rate increased by 10-11 paise per litre in the four major cities, as part of the daily revision exercise, as a result of which the fuel rates are at an all-time high since August 2014.

The daily travellers, all over the nation, have criticised the government, while also requesting them to reconsider the dynamic surge in pricing.

A working Saurav Banerjee from Kolkata said that in the last six months it was still manageable.

"But now daily, there has been a price hike and there is no reduction. It should come down and is going beyond the common man's budget," he said.

Another office going citizen said the decision was "unacceptable."

"This is not acceptable from the government and they should take some action on it. They have to think about the common people surviving in this country and have to take a firm decision which will be helpful to common people like us," he said.

A taxi driver in Mumbai said that the petrol price is rising day by day.

"It decreases by Re. 1 when it has to, but is increased by Rs. 10 now. What will we do in such situations.? Should we live or we die?" he retorted.

A citizen from Patna said that the price hike is affecting everything around.

"It is affecting a lot; almost everything is dependent on petrol and diesel only. The price of petrol is increasing, which is visible in our houses," he said.

A middle-class man working in Hyderabad said that as a common man, they are working hard, roaming around the city and bringing some amount home. 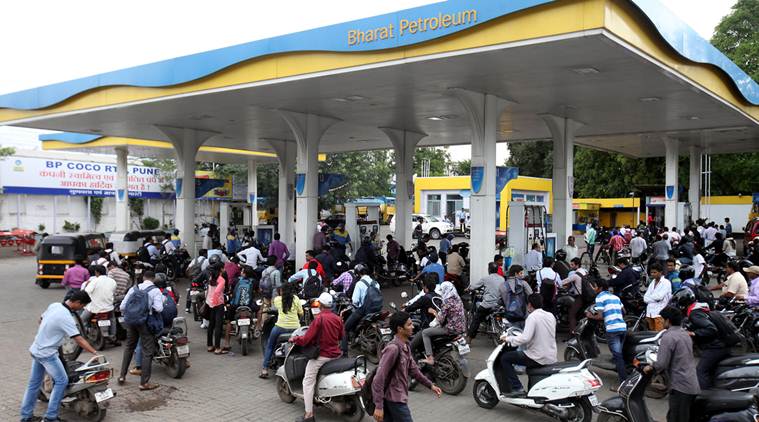 "But the petrol prices are increasing day by day. My request to the government is to please remove the taxes," said the common man.

Petrol, diesel prices to change every day from May 1

Dharmendra Pradhan asks states to slash VAT on fuel by 5%

Supreme Court proposes roll out of BS VI fuel by next year, in 13 metros