After being bestowed with the Global Goalkeeper Award for Swachh Bharat Abhiyaan on Tuesday, Prime Minister Narendra Modi said that the honour does not belong to him but to the crores of Indians who made the initiative a part of their daily lives.


New York: After being bestowed with the Global Goalkeeper Award for Swachh Bharat Abhiyaan on Tuesday, Prime Minister Narendra Modi said that the honour does not belong to him but to the crores of Indians who made the initiative a part of their daily lives.

The award was presented by the Bill and Melinda Gates Foundation at a ceremony on the sidelines of the 74th UN General Assembly session in New York. "This honour is not mine but of the crores of Indians who not only fulfilled the Swachh Bharat dream but also made it a part of their daily lives," Modi said after receiving the award from Microsoft founder Bill Gates. The Prime Minister said it is significant that he received the award on the occasion of 150th birth anniversary of Mahatma Gandhi. "This is a proof that if the manpower of 130 crore people gets involved in fulfilling any one resolution, then any challenge can be won," Modi said.

He said that while the Swachh Bharat Abhiyan was initiated by his government, it was the people of the country who took the movement forward. "In the last five years, a record more than 11 crore toilets were constructed. If this mission has benefited someone the most, it is the poor of this country and the women," the Prime Minister noted. 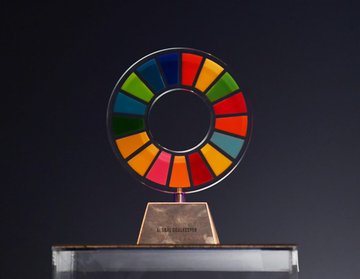 Modi said that the construction of 11 crore toilets opened a new door of economic activity at the village level. He said, "I have been told that in a report of Bill and Melinda Gates Foundation it was found that in India due to better rural sanitation, heart problems in children have decreased, and there has been an improvement in Body Mass Index of women."

The Prime Minister said that India is close to achieving its sanitation target and the country is also working steadfastly on other missions as well. "Through Fit India movement we are promoting fitness and preventive healthcare," he underlined. Modi said he was happy that through the Swachh Survekshan, there is a competition among the states in India to make it to the top in the cleanliness rankings.

"Many such mass movements are going on in India today. I have full faith in the ability of 1.3 billion Indians. I am confident that like the Swachh Bharat Abhiyan, other missions will also be successful," he remarked. The Swachh Bharat Mission was launched by the Modi government in 2014 and its components include the construction of household toilets, community and public toilets and solid waste management. 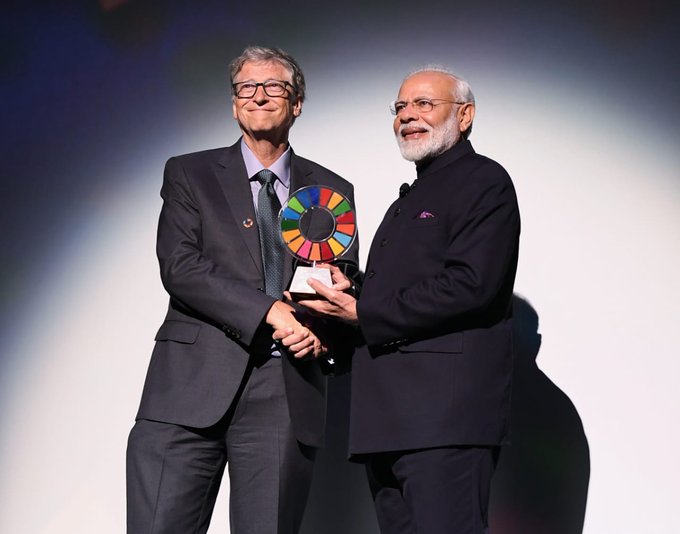 The Bill and Melinda Gates Foundation's Global Goalkeeper's Award is accorded every year to individuals for their achievement in a specific sustainable development goal. Prior to Modi, the previous winners have been Prime Minister Erna Solberg of Norway and President Ellen Johnson Sirleaf of Liberia.