PM Modi pays his tribute to Karunanidhi at Rajaji Hall 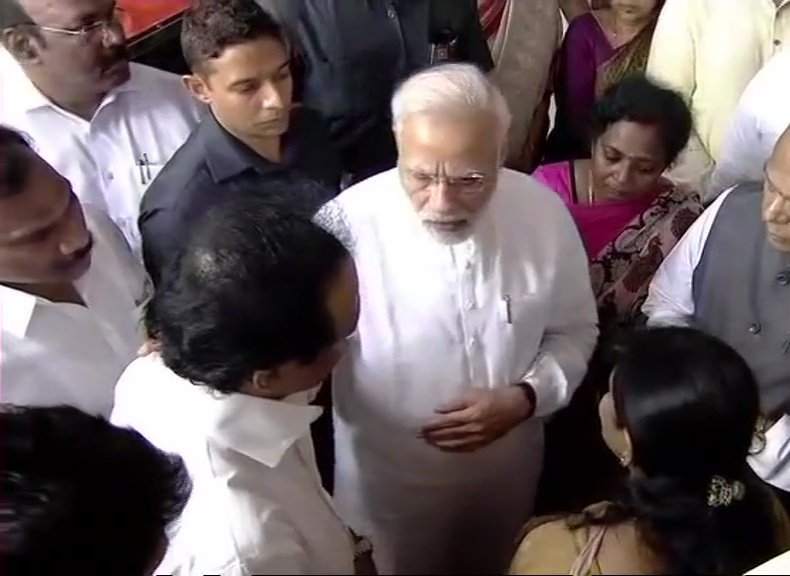 Also Read: Madras HC allows Karunanidhi’s body to be buried on the Marina

The 94-year-old political leader passed away on August 7 after prolonged illness. He will be accorded with the state funeral later in the day. 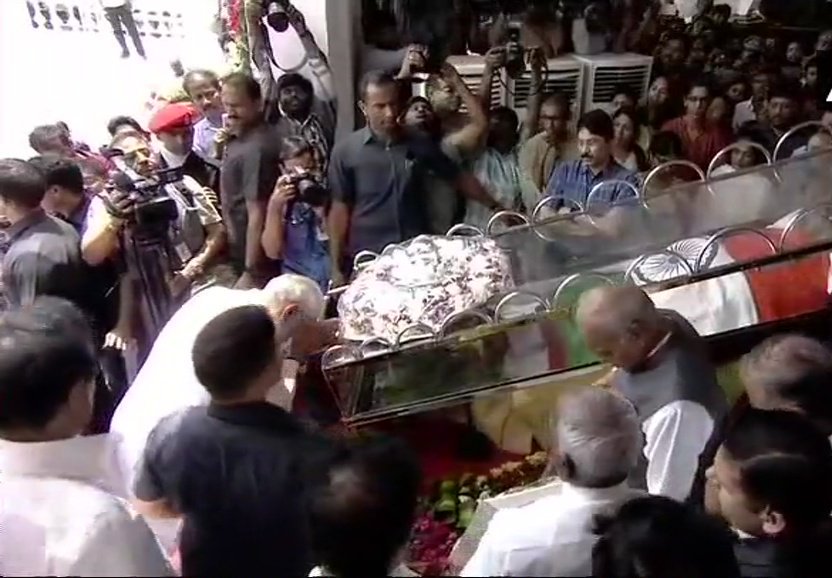 The Madras High Court allowed the burial of DMK chief M Karunanidhi on the Marina Beach.

Also Read: Both houses adjourned for the day as a mark of respect to M Karunanidhi