In a meeting of floor leaders of all parties chaired by the Lok Sabha Speaker, it was decided that Khan should apologise or face action.

Sources: Opposition leaders & Lok Sabha Speaker have come to a conclusion that SP MP Azam Khan should apologise in the House for his remarks on BJP MP Rama Devi. Speaker will take action if Azam Khan doesn't apologise. pic.twitter.com/n5J9axgkum

"The Speaker will ask Azam Khan to apologise over his comments made against Rama Devi without any condition in the House. If he does not do so, the Speaker has been authorised to take action against him," Joshi said. 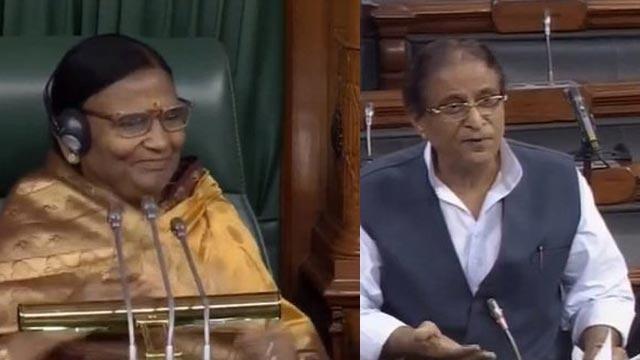 Rama Devi said he should be suspended for entire five years from Lok Sabha.

Earlier, women members in Lok Sabha on Friday spoke in one voice condemning Khan for his sexist remarks and demanded that he apologise or else he should be suspended from the House. During Zero Hour, Union Textiles Minister Smriti Irani said Khan's remarks in Lok Sabha on Thursday during the debate on triple talaq bill were a "blot" on all legislators, including men.

COVID-19: No all-party meeting ahead of monsoon session of Parliament