As India and West Indies gear up to take on each other in the two-match Test series, all-rounder Ravindra Jadeja will look to achieve a bowling milestone.

New Delhi: As India and West Indies gear up to take on each other in the two-match Test series, all-rounder Ravindra Jadeja will look to achieve a bowling milestone.

Jadeja is just eight scalps away from achieving 200 Test wickets and if the bowler manages to do it, he will become only the 10th Indian bowler to achieve the feat.

If Jadeja achieves the feat in the first Test at Antigua, he will become the second-fastest Indian bowler to reach the landmark after Ravichandran Ashwin.

Jadeja is currently ranked at the fifth position in the ICC Test Bowler rankings. India displayed a clinical performance in the recently concluded T20I and ODI series against Windies.

The Men in Blue defeated the team from Caribbean 3-0 in the T20I series whereas they outclassed West Indies 2-0 in the three-match ODI series. 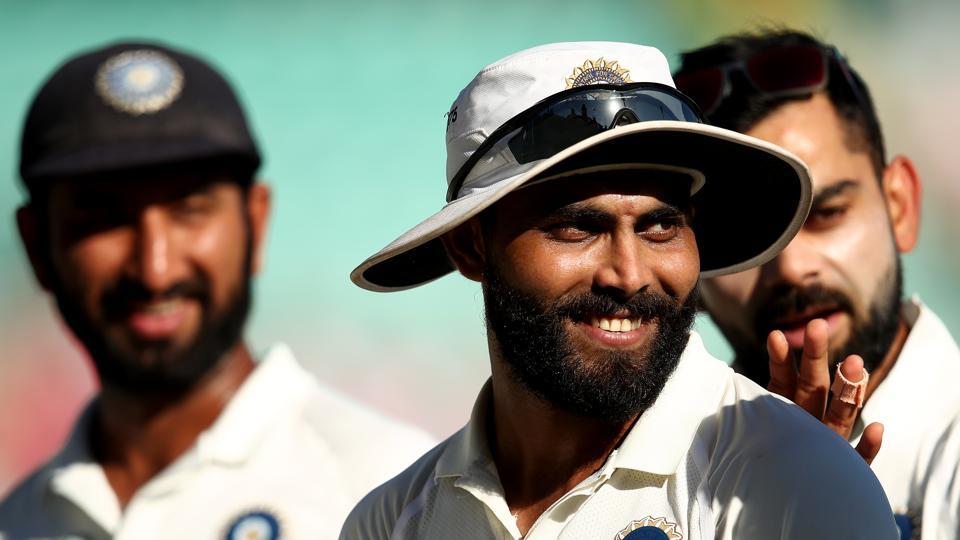 The first ODI was abandoned due to rain, but India recorded wins in the second and third ODI. Skipper Virat Kohli had a record-breaking run in the ODI series as he scored 234 runs in the ODIs.

Kohli became the first batsman to record 20,000 international runs in a single decade. During the ODI series, he also became the highest run-getter against Windies in the 50-over format.

The 30-year-old also went past Sourav Ganguly to become second-highest run-scorer for India in ODI cricket. Vice-captain Rohit Sharma went past Chris Gayle to become the batsman with the most number of sixes in the T20I format.

India would look to hold on to their number one ranking in the Test format when they take on West Indies. If the team loses 0-1 against the team from the Caribbean, India can get dethroned from the pole position in the ICC Test rankings.

The series between India and West Indies will be a part of the World Test Championship.

India and West Indies take on each other in the first Test of the two-match series in Antigua from August 22. (ANI)