Produced by Himanshu Kishan Mehra and Ali Abbas Zafar, 'Tandav' is created and directed by Zafar making it his digital directorial debut.

The trailer of the show takes viewers behind the closed, chaotic corridors of power and politics of India.

The trailer begins with the demise of Saif Ali Khan's father in the show who is serving as the Prime Minister of India and is not willing to retire anytime soon. 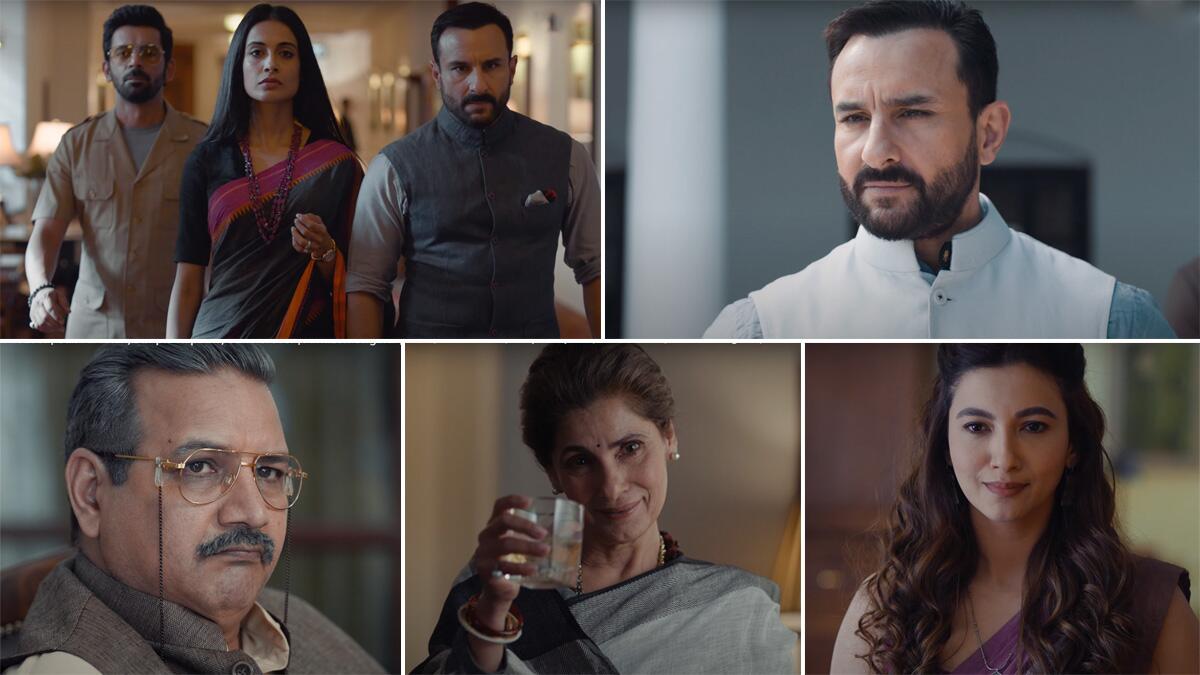 Following his father's demise, Khan's character Samar feels that he will inherit the throne as his party had won the Lok Sabha elections.

Set in the capital of the world's largest democracy, the trailer then travels the gripping twists with several characters fighting each other to come into power.

With the involvement of issues like student politics and the tussle for power between members of the same political party, the series showcases the extent to which people go in the pursuit of power.

Talking about his character in 'Tandav,' Khan said, "The entertainment industry in India is going through a renaissance and stories like Tandav are at the forefront of this change."

"As an actor, for me a good piece of dramatic writing and a compelling creation featuring grey characters is always exciting. As I read about the complexities of my character Samar and dived deeper into the world of Tandav, I knew that I had to play this character," he added.

Along with Zafar, Tandav also marks the digital debut for actors Dimple Kapadia and Kritika Kamra.

Kapadia is portraying the role of another senior party member from Khan's political party who believes herself to be fit to be the next Prime Minister.

"Tandav is a political thriller drama. Anuradha (Kapadia's character) is the kind of character that I have never played before. With multiple layers and so many characters I hope this series intrigues and engages the audience," said Kapadia.

The show that sees Khan in the role of a charismatic political leader will release on Amazon Prime Video on January 15. (ANI)