Father-daughter duo came to the 6th edition of the show. They have a crispy and spicy conversation on the show as per the teaser has been shown. 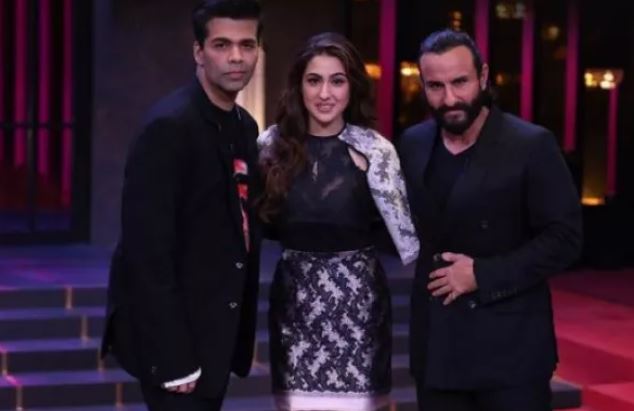 In the teaser, Karan asked Saif about Sara's boyfriend qualities. In the reply, Saif openned up two things:Political views and drugs, latter Sara said that she would like to marry Ranbir and date Kartik Aryan.

On the work front, Sara is all set to step in Indian cinema with Kedarnath which will be release on 7 December.