Saudi Crown Prince Mohammed-bin Salman on Wednesday hailed ties with India and affirmed that India and Saudi Arabia together will create good things for the betterment of the two nations.

New Delhi: Saudi Crown Prince Mohammed-bin Salman on Wednesday hailed ties with India and affirmed that India and Saudi Arabia together will create good things for the betterment of the two nations.

“Today we want to be sure that this relationship is maintained and improved for the sake of both countries. And with the leadership of the President and the Prime Minister, I am sure we can create good things for Saudi Arabia and India, the Saudi Crown Prince said.

"The relationship" between India and Saudi Arabia goes more than 2000 years of history. We know Indian people as friends," he added.

The remarks by the Saudi Crown Prince came after he was given a ceremonial reception at the Rashtrapati Bhawan in New Delhi on Wednesday. 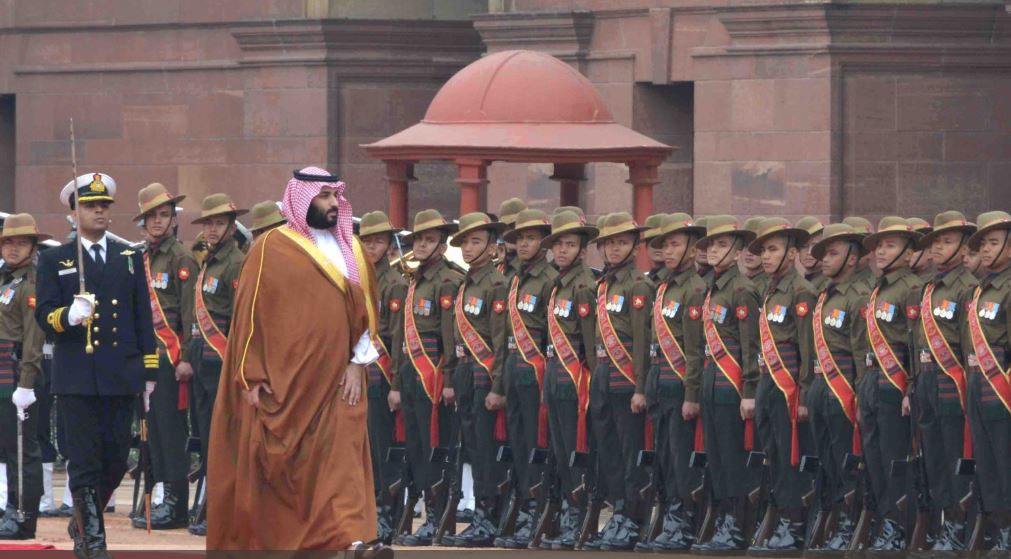 The Saudi Crown Prince arrived in India late on Tuesday evening, where he was warmly received by Prime Minister Narendra Modi at the airport.

The Prime Minister and MBS, as the Saudi Crown Prince is also known, will hold bilateral talks tomorrow, during which terrorism is expected to figure prominently, particularly in the backdrop of the Pulwama attack.

India is likely to raise the issue of Pakistan-sponsored terrorism and the two countries are expected to sign ties to enhance cooperation in various fields during the "landmark event in high-level bilateral ties".

Other issues likely to figure in the talks include defence and security. The two sides are expected to sign five MoUs in fields ranging from defence, healthcare etc.

Trump, Biden, PM Modi among most tweeted about people in 2020