The 30-year-old Kohli played an unbeaten knock of 72 runs to guide India to a comfortable win over Proteas by seven wickets and one over to spare. In his innings, he amassed four boundaries and three sixes and was looking very confident while batting.

Congratulations @imVkohli You are a great player indeed, wish you continued success, keep entertaining cricket fans all around the world. https://t.co/OoDmlEECcu

Afridi retweeted ICC's post and wrote, "Congratulations @imVkohli You are a great player indeed, wish you continued success, keep entertaining cricket fans all around the world."

In the same match, Kohli surpassed Rohit Sharma's record and became the leading run-scorer in the T20I. Now, he has a total of 2441 runs in 71 games while Sharma has 2434 runs in 97 matches.

Virat Kohli once again averages over 50 in all three international formats ? pic.twitter.com/3R8GnYwtvE 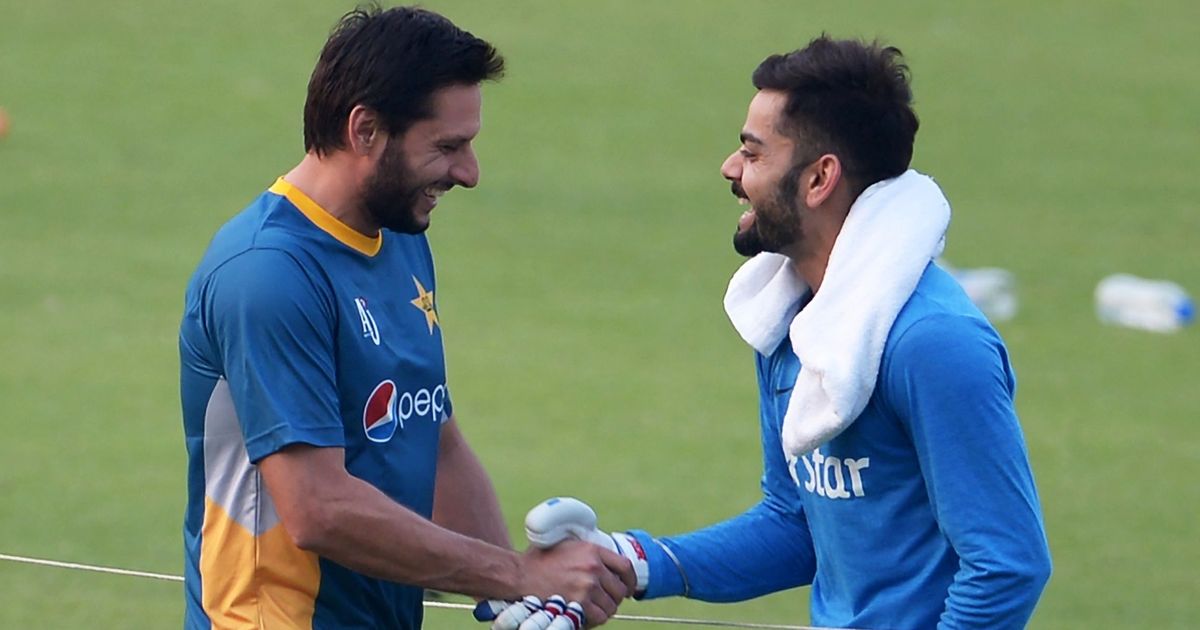 Interestingly, Kohli was awarded his 11th man of the match award after his awe-inspiring knock, which helped him tie with Afridi (11) on the second number in the all-time list after Afghanistan's Mohammad Nabi (12). Kohli is the only contemporary batsman who has an average of above 50 in all three formats.

India will face South Africa in the second T20 at Bengaluru on September 22. Men in Blue lead the three-match T20I series by 1-0 as the first game was abandoned due to rain. (ANI)