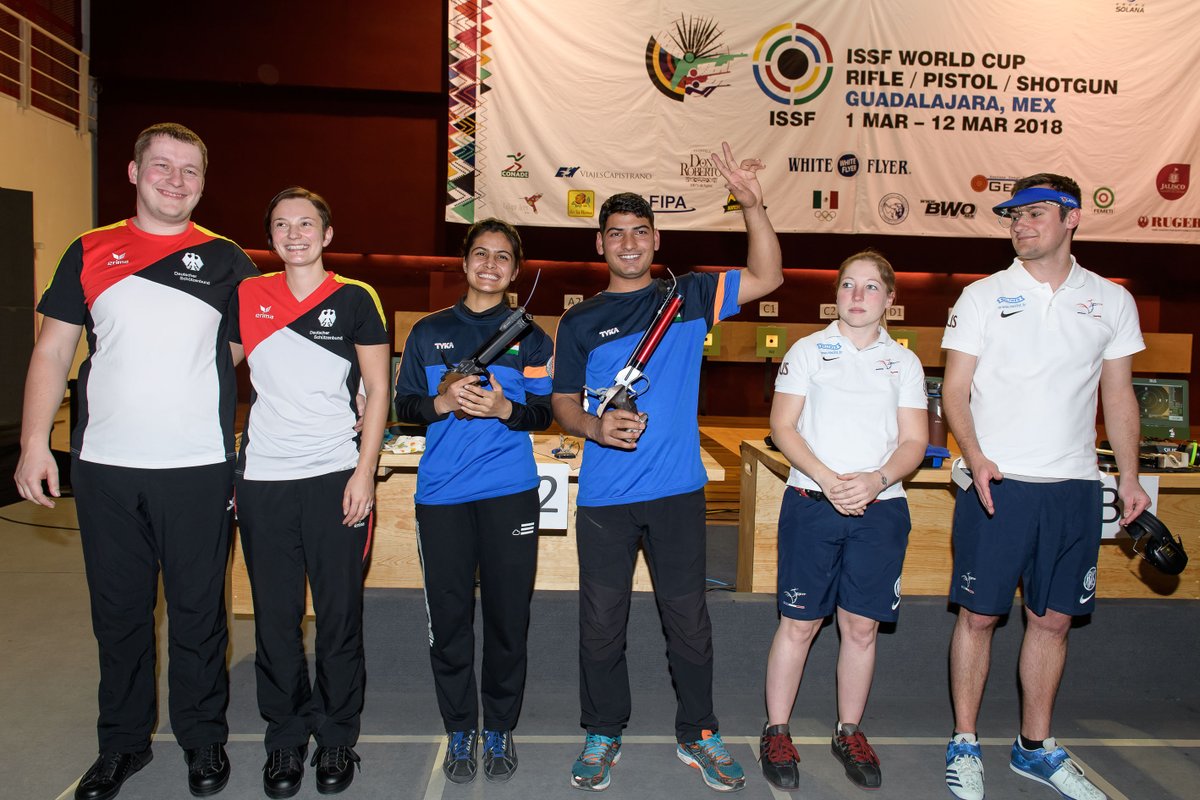 Bhaker won her second Gold medal a day after she won the Women's 10m Air Pistol Gold on her senior World Cup debut.

In total, India have now won seven medals and are top of the medal tally in the ongoing International Shooting Sport Federation (ISSF) World Cup Rifle/Pistol/Shotgun stage in Guadalajara, Mexico.

In the final, there were three pairs in contention from the very beginning. India 1 represented by Manu and Om Prakash, European team consisting of Germany and the French nationals Celine Goberville and Florian Fouquet respectively. After a tough battle between the three, the Indian and the German pair pulled ahead of the French pair decisively after 38 shots, with the Germans ahead of the Indians.

Mahima Agrawal and Shahzar Rizvi finished fourth with a score of 372.4 in the finals. The pair of Mehuli Ghosh and Deepak Kumar had won a Bronze in the 10m Air Rifle Mixed team event, making it a total of seven medals in three days for India.

In the Women's Trap, India's Seema Tomar was the best finisher, scored 111 in qualifying to end in 15th spot. Shreyasi Singh shot 106 to finish 22nd while Shagun Chowdhary shot 101 to be placed 26th.

At the end of the first day of qualification round in Men's Trap, India's Kynan Chenai shot 49 out of 50 to end at the number 6 spot. Zoravar Singh Sandhu shot 46 to lay 28thwhile Manavjit Singh Sandhu shot 42 to be in 47th place.(ANI)