So cute! SRK, Abram gets matching tattoo to cheer for KKR

Shahrukh Khan took his twitter and shared an adorable picture. 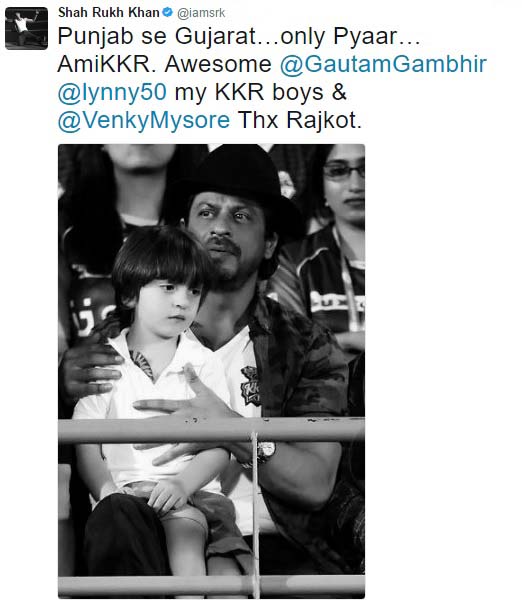 Daddy-son had sporting matching tattoos on their chest.