Some Delhi borders, where farmers have been protesting against the recently enacted three new farm laws, have been closed, announced Delhi Traffic Police on Friday morning.

New Delhi: Some Delhi borders, where farmers have been protesting against the recently enacted three new farm laws, have been closed, announced Delhi Traffic Police on Friday morning. 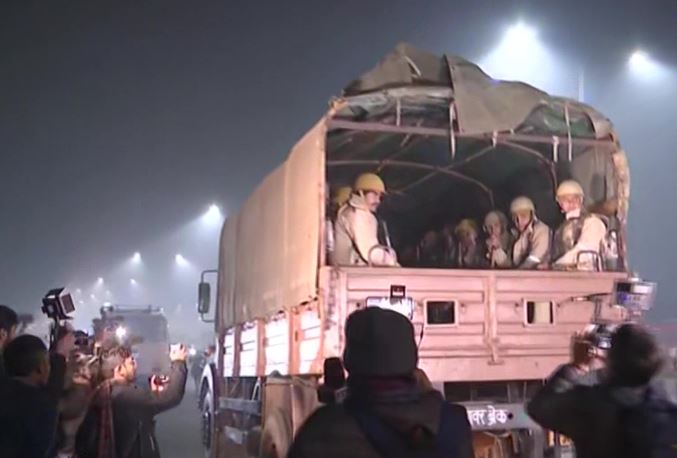 This comes in the wake of violence that broke out in different parts of the national capital during the Kisan tractor rally organised by farmers to protest against the new farm laws on Republic Day.

Meanwhile, the Centre has extended deployment period of four companies of Rapid Action Force (RAF) till 4th February to maintain law and order in Ghaziabad in view of the farmers' protest.

Heavy security deployment continues at Tikri Border where farmers are protesting against the farm laws. 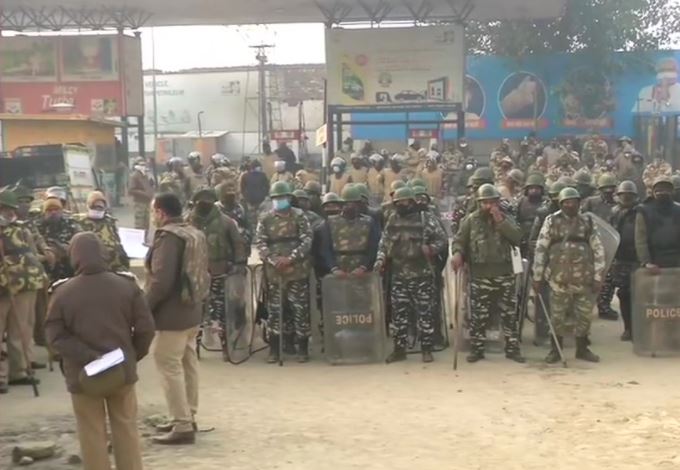 The Uttar Pradesh police and Provincial Armed Constabulary (PAC) personnel have been deployed at Ghazipur border since yesterday evening.

Several public and private properties were damaged in acts of vandalism by the protestors during the farmers' tractor rally on January 26. Nineteen people have been arrested so far and over 25 criminal cases registered by Delhi Police in connection with the violence.

Farmers have been protesting on the different borders of the national capital since November 26 last year against the three newly enacted farm laws - Farmers' Produce Trade and Commerce (Promotion and Facilitation) Act, 2020; the Farmers Empowerment and Protection) Agreement on Price Assurance and farm Services Act 2020 and the Essential Commodities (Amendment) Act, 2020. (ANI)

200 detained in connection with farmers' tractor rally violence in Delhi