Katrina Kaif has shared her experience with Choreographer Prabhu Deva on the sets of Suraiyya song. 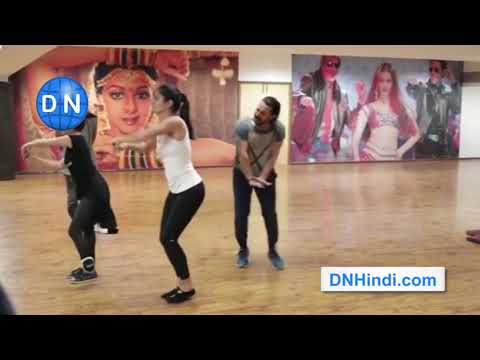 Mumbai: Bollywood B-town actress Katrina Kaif has posted the behind the scene video from the rehearsal sessions for Suraiyya, the song from Thugs of Hindostan, where she has revealed about the experience with the choreographer Prabhu Deva.

The actor took her Instagram account and shared the video. She wrote: When I first saw the choreo for suraiyya, I was like is it jazz ,is it ballet, is it folk ,,, but that’s dancing with prabhudeva ... u cannot define his style it’s so unique ,he gives the song such a unique personality with his choreography. He spent a lot of time with me in rehearsals helping me figure the style , I loved it all (apart from a few moments of tears of frustration. but in the end it was the hook step which we had so much fun with.

Earlier, the teaser of the track has already created a lot of buzz among the funs. The film is also starring Amitabh Bachchan, Fatima Sana Shaibh and Jacky Shroff.

Vijay Krishna Acharya directed flick is all slated to hit the theaters on 9 November.

Thugs of Hindostan: First teaser of Katrina Kaif as Suraiyya is blazing fire

Find out! How Katrina Kaif overcome her toughest thing in TOH song

Fatima Sana Shaikh first look out from 'Thug of Hindostan'

Another poster unveiled the whole pirates crew of 'Thugs of Hindostan'

SRK head out for rickshaw ride with 'Zero' ladies