US President Donald Trump on Friday threatened to close the US-Mexico border next week if Mexico does not stop undocumented immigrants from coming into the United States.


Washington: US President Donald Trump on Friday threatened to close the US-Mexico border next week if Mexico does not stop undocumented immigrants from coming into the United States.

Trump, while speaking to reporters, accused Mexico of choosing not to stop migrants coming to the US southern border.

Also Read: William Barr: Mueller did not find Trump or his campaign conspired with Russia

"If they don't stop them, we are closing the border," Trump said. "We will close it and keep it closed for a long time. I'm not playing games," Politico quoted him as saying.

Trump's comments to reporters came after he threatened in a tweet to close the border next week if Mexico does not take action."If Mexico doesn't immediately stop ALL illegal immigration coming into the United States through our southern border, I will be closing the border, or large sections of the border, next week," Trump said on Twitter. 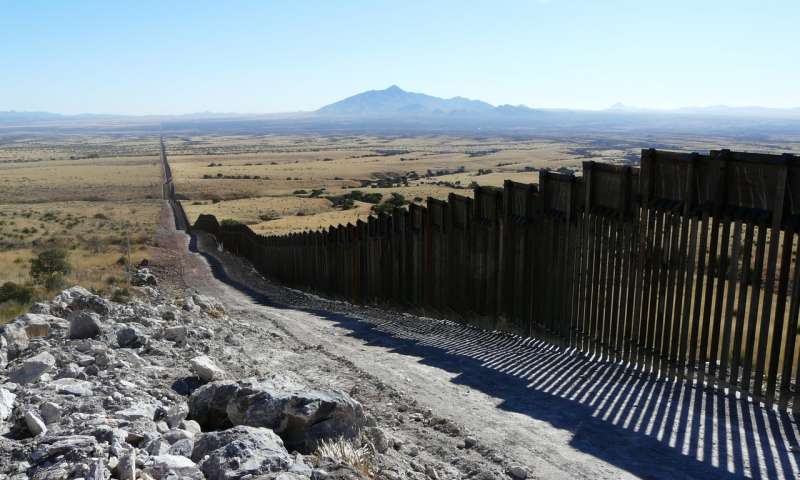 After Trump issued his initial warning earlier on Friday, Mexican Secretary of Foreign Affairs Marcelo Ebrard said in a statement that Mexico does not act on the basis of threats.

Trump repeatedly threatened to seal the southern border late last year, when the White House and Congressional Democrats couldn't reach an agreement over his demand for billions of US dollars in funding for a wall along the US-Mexico border, a plank of his 2016 presidential campaign.

The latest threats were issued after US border officials said they are facing an increase in asylum seekers along the southern border, many of them reportedly children and families, fleeing violence and economic hardship in Central America.

Democrats have refused to give in over Trump's proposals on border security, arguing that president was exaggerating the situation on the border for political gains while calling the proposed border wall costly and unnecessary. Trump retaliated by declining to sign spending bills, resulting in a record-breaking 35-day partial government shutdown, which ended in January.

To acquire access to money for building the wall, Trump declared a national emergency in mid-February, a move that has drawn sharp criticism from Democrats and raised concerns among Republicans. The US House of Representatives, controlled by Democrats, failed earlier this week to override Trump's veto of a congressional resolution blocking his national emergency declaration.(UNI)

US threatens automobile tariffs on Mexico

Trump advocates bipartisanship in State of the Union speech

CAA did not come up during PM Modi, Trump talks: Foreign Secretary