The University Grants Commission has directed all varsities to correctly and expeditiously send degree verification reports to Indian Missions abroad.

The concern about delay in degree verification by Indian universities was raised during the Secretary of Overseas Indian Affairs' recent visit to Dubai. 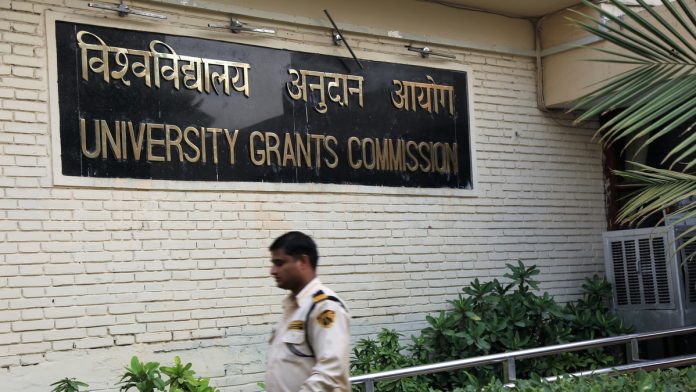 "During a visit of Secretary of Overseas Indian Affairs to Dubai, one of the many issues that came up during the meetings was verification report to be sent by Indian universities to the Mission or Post abroad.

"It is felt there is need to facilitate the verification reports more expeditiously to further enable the Consulate to issue Genuineness Certificate for purpose of jobs to Indian degree holders," UGC Secretary PK Thakur said in a letter to Vice Chancellors.

The commission has directed varsities to send reports on time and preferably in "typewritten format instead of handwritten, in English only and with complete details as required by the Consulate". (PTI)

Over 2,750 admissions in DU on first day

President Kovind wishes students ahead of board exams