UN in its annual report, has claimed to have received information about children being recruited by Naxals in Chhattisgarh and Jharkhand.


New York: The United Nations, in its annual report, has claimed to have received information about children being recruited by Naxals in Chhattisgarh and Jharkhand.

"Children continue to be affected by incidents of violence between armed groups and the government, in particular in Chhattisgarh and Jharkhand, as well as tensions in Jammu and Kashmir," United Nations Secretary-General Antonio Guterres said in his annual report on "Children in Armed Conflict".

"The United Nations continues to receive reports of recruitment and use of children by armed groups, including Maoists, in particular in Chhattisgarh and Jharkhand," he said.

Meanwhile, in Jammu and Kashmir, at least 30 schools were burnt and partially destroyed by armed groups according to government reports, Guterres said in his report.

Government reports also confirmed the military use of four schools by security forces in that region for several weeks.

According to the report, 4,000 government forces and over 11,500 non-state armed groups in 20 nations were involved in violations against children. 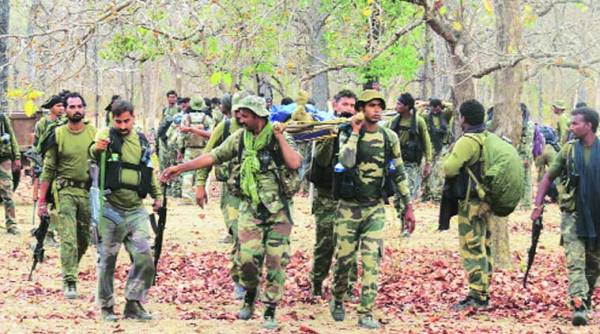 "I call upon the [Indian] government to develop appropriate mechanisms to protect children from recruitment, as well as to separate and reintegrate recruited children, Guterres said.

Naxal groups reportedly resorted to abduction and threats against parents in order to recruit children, who were then coerced to join children's units, or "Bal Dasta", and trained as couriers and informants, and to plant improvised explosive devices. They have also been used in front-line operations against national security forces.

Guterres observed that the use of children in military combat has led to many innocent deaths.

Several schools in Chhattisgarh were also allegedly turned into training grounds by Maoists.

Guterres also mentioned an incident of the police moving 23 children threatened with abduction by armed groups in Gumla district of Jharkhand in March 2016, but added that the information could not be verified by United Nations due to "access restrictions" in the conflict areas.

"Unverified reports suggest that police may be using children formerly associated with armed groups as informants, potentially making them targets for retaliation," he added.

Guterres' report covering conflicts during 2016 was forwarded to the Security Council on Thursday. (ANI)

Villager hacked to death by Naxals in Dantewada