The Uttar Pradesh government on Thursday transferred 22 IPS and 25 IAS officers, including superintendents of police and the district magistrate of Lucknow.

Lucknow: The Uttar Pradesh government on Thursday transferred 22 IPS and 25 IAS officers, including superintendents of police and the district magistrate of Lucknow.

Senior Superintendent of Police (SSP) Varanasi S A Kulkarni has been sent to Lucknow as SP Cyber Crime, while Lucknow DM Kaushalraj Sharma has been made the DM Varanasi, according to an official release.

The DM of Varanasi, Surendra Singh, will be special secretary to the chief minister.

Sharma has been replaced by DM Hamirpur Abhishek Prakash.

SP Sonbhadra Prabhakar Chaudhary has been made the new SSP of Varanasi. SP Shravasti Ashish Srivastava will be the new SP of Sonbhadra. He will be replaced Anup Kumar Singh, the release said. 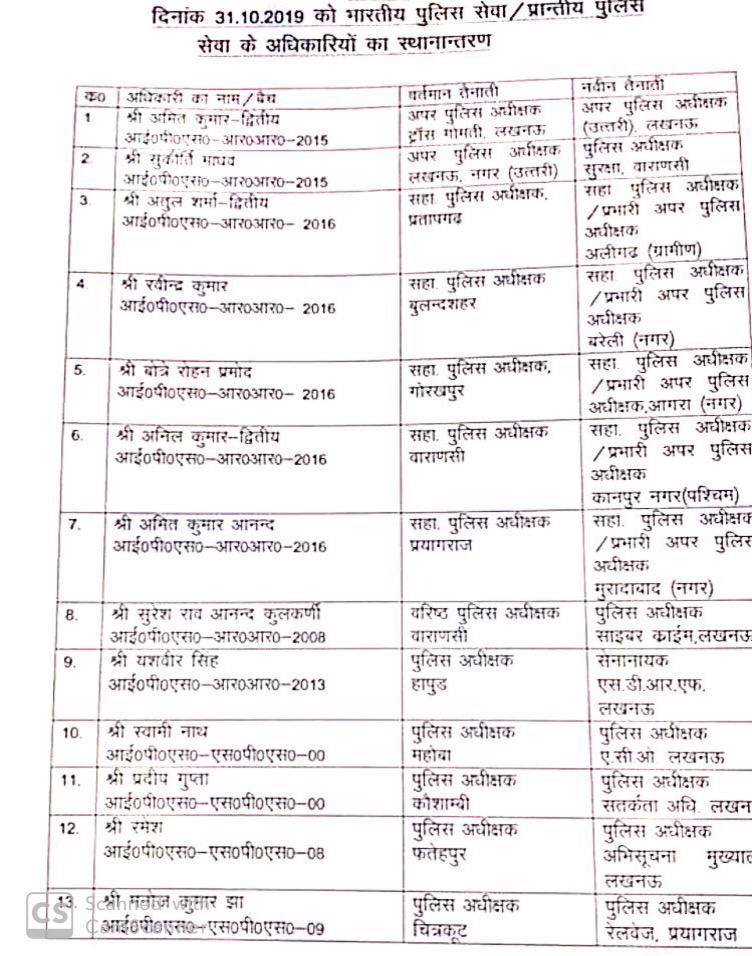 SP (Aligarh Rural) Manilal Patidar has been sent to Mahoba as superintendent of police.

The release said ASP Bareilly (City) Abhinandan has been sent to Kaushanbi as SP, ASP Agra (City) is now SP Fatehpur and ASP Kanpur City (West) Sanjiv Suman has been made SP Hapur replacing Yashvir Singh, who has been made the commandant of the SDRF.

Kanpur Development Authority Vice Chairman Kinjal Singh has been made special secretary to agriculture production commissioner, while DM Kanpur Vijay Vishwas Pant has been given additional responsibility of the authority.(PTI)

In major rejig, 22 IAS and 28 PCS officers transferred in UP

10 senior IPS officers transferred in UP

3 IPS Officers Transferred in UP