UP: Over 70,000 litres of kerosene oil seized from godown in Meerut

Over 70 thousand litres of kerosene oil was seized from a godown for illegally storing it in excessive amount in Meerut on Saturday.


Meerut: Over 70 thousand litres of kerosene oil was seized from a godown for illegally storing it in excessive amount in Meerut on Saturday.

The kerosene oil was seized by District Supply Officer (DSO) Vikas Gautam, along with a team of police. 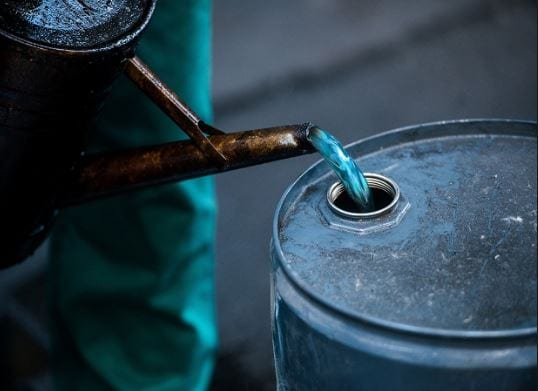 "We received information that there was a lot of excessive oil at this oil godown so we conducted a raid. We recovered at least 70,000 litres of Kerosene oil, which was intended to be distributed among the people," Gautam said.

He continued, "On paper, this oil has already been distributed among the people, however, the reality is entirely different. Prima facia, it looks like they were stealing the oil." The officer also mentioned that during the raid, some of the tankers in the godown were found to have been tampered.

"We checked the tankers and found that they had tampered with it. Indian Oil Corporation Limited (IOCL) set up these tankers and it is their job to make sure the tanks are untampered," he claimed.

He also informed that some IOCL officers are also present at the godown and are looking into the matter. A probe in the matter is underway. (ANI)