Shamli police have arrested a woman, her lover and two others for allegedly beating her husband to death in the district's Khedi Kemru village.

Muzaffarnagar: Shamli police have arrested a woman, her lover and two others for allegedly beating her husband to death in the district's Khedi Kemru village, officials said on Monday.

Also Read: Man beaten to death by wife and in-laws in Shamli

Earlier, based on a complaint lodged by Harish's mother, police had arrested his brother-in-law, Shivam, and another relative, Mohit, for the murder.

Harish's wife, Shivani, had also been named in the complaint. 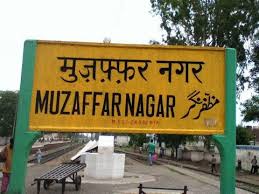 It was found during investigation that Shivani was in a relationship with another man, Shibbu, and Harish objected to it, following which they decided to eliminate him, station house officer, Kotwali police station, Subhash Rathore said.

Shibbu roped in two others -- Himanshu and Lakhmir, to execute the plan, he said.

Shivani has confessed to the crime, he added.

Police have given a clean chit to Shivam and Mohit.(PTI)