It's late actor Amrish Puri's 89th birth anniversary today, and he has received a special wish from his grandson Vardhan Puri.

Mumbai: It's late actor Amrish Puri's 89th birth anniversary today, and he has received a special wish from his grandson Vardhan Puri.

For the unversed, Vardhan made his Bollywood debut as an actor with 'Yeh Saali Aashiqui' in 2019. 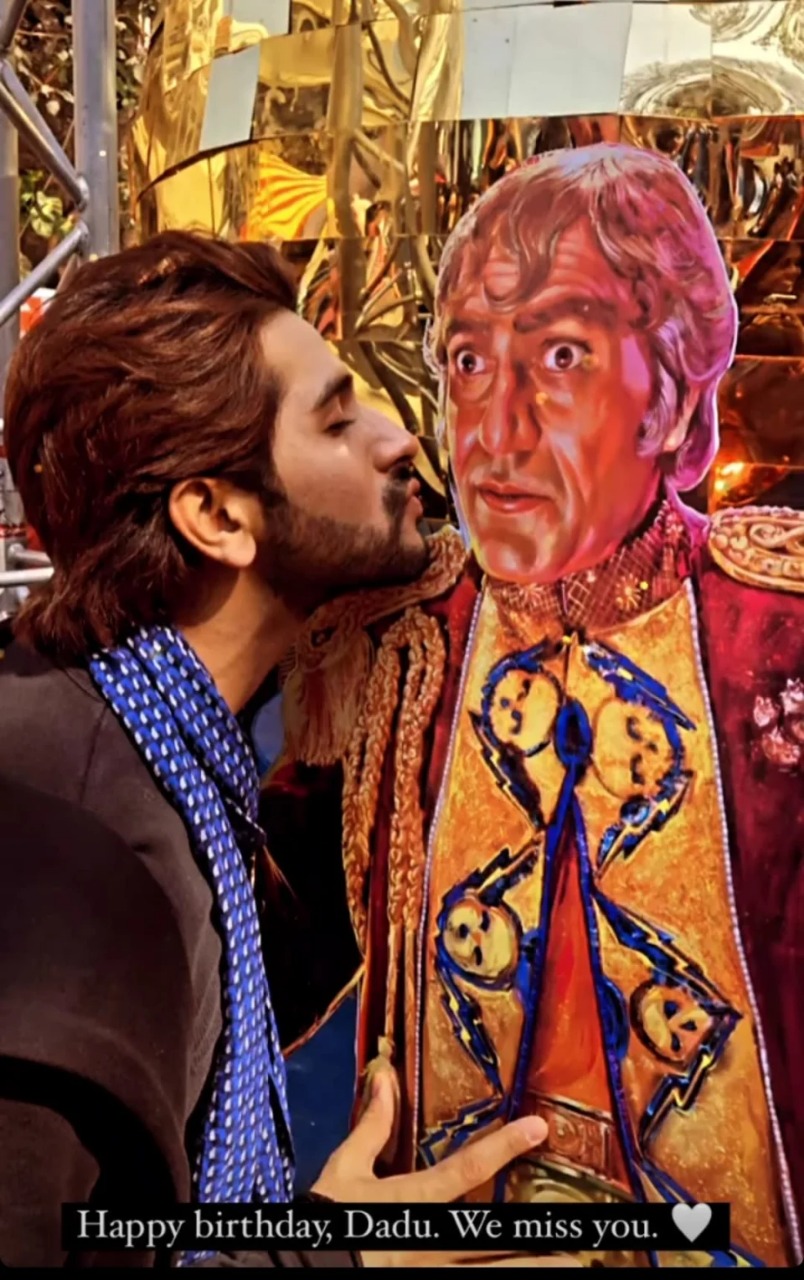 Remembering the legendary actor on Tuesday, Vardhan took to his Instagram Story and posted a cute picture of him kissing Amrish Puri's caricature of the latter's infamous character Mogambo from the movie 'Mr India'.

"Happy birthday, Dadu. We miss you," he captioned the post.

'Dilwale Dulhania Le Jayenge', 'Karan Arjun', 'Koyla' and 'Nayak' are some of his other iconic movies. He died at the age of 72 after suffering from brain hemorrhage in December 2004. (ANI)