Mumbai: Vidya Balan is all set to turn producer with a socially relevant short film titled "Natkhat", in which she will also act.

The actor has collaborated with producer Ronnie Screwvala to back this film, a statement issued on behalf of the actor read 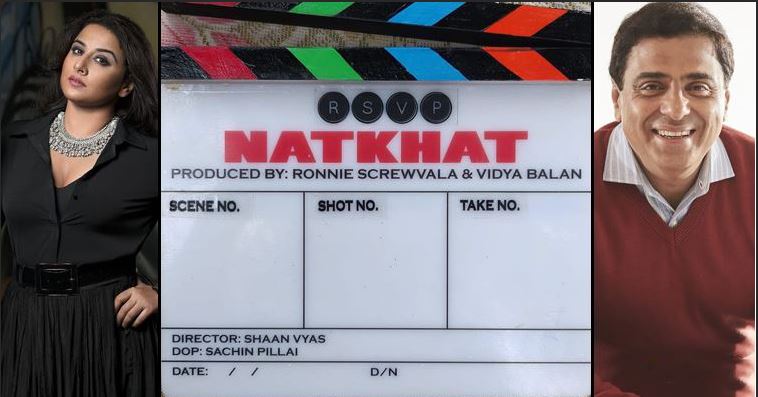 As per the press release issued by the makers, "Natkhat" addresses several issues such as patriarchy, gender inequality, rape, domestic abuse, compartmentalisation by men in different relationships with women; and in doing so surpasses all possible barriers, be it age, gender, urban-rural divide and nationality.

"It's a beautiful and powerful story that called out to me in a way that made me want to act in it and also turn producer. And who better than RSVP to do it with," Vidya said in a statement. Screwvala said he is looking forward to work with Vidya.

"When I first heard the script of 'Natkhat', I immediately knew this film had to be made. The film addresses so many issues and gives out a powerful message too," he added.

The makers added the film is being essentially made for international film festivals. 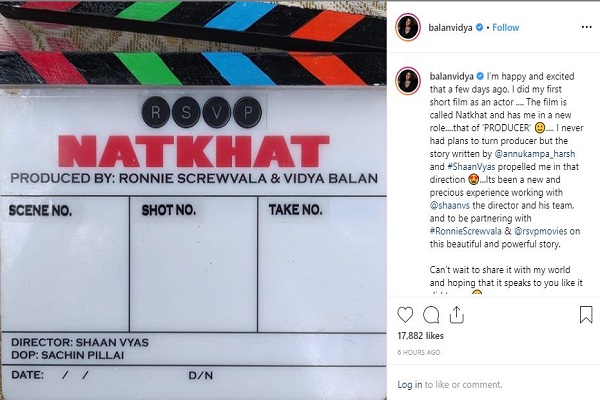 Written by Annukampa Harsh and Shaan Vyas and developed with RSVP associate producer Sanaya Irani, "Natkhat" is directed by Vyas.(PTI)

Anushka's 'Pari' to release on Holi